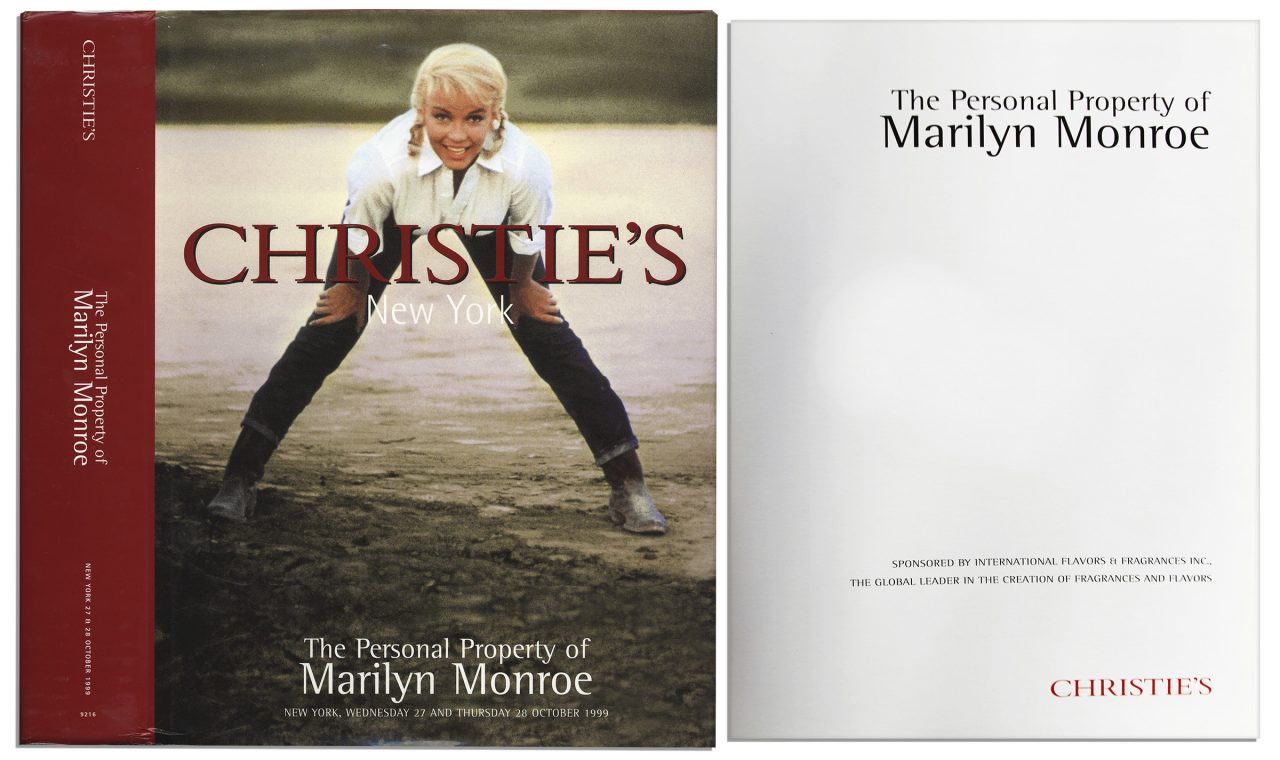 I’ve been asked a few times “what item of Marilyn’s would you like to own?” so I had a flick through the 1999 Christie’s catalogue and decided to share my top 5 items. This is if I was a millionaire, which I am not… A girl can dream.

In 1933, Marilyn’s mother Gladys purchased a property for her and her daughter in order to provide stable family life for the two of them. It was at this time she also purchased a Franklin Baby Grand Piano.

Unfortunately, in 1935 Gladys had to sell the property as well as the piano to pay off existing debts.

How Marilyn got back the piano after Gladys sold it is foggy… According to My Story, Marilyn found the piano at an auction house and paid for it with her modelling money. But documents show that in 1945, Norma Jeane sold the piano to Ana Lower for $100. When she took ownership of it again, I don’t know for certain.

She is first photographed with her piano in 1953. Whether this the actually one from her childhood cannot be verified and we can only go by Marilyn’s accounts.

EDIT: My dear friend April clarified a few points. Gladys never sold the piano… It was Grace. Who then sold it to Ana. Then Norma Jeane bought it back from Ana. I had always misread the document!

Marilyn had the piano painted between 1953 and 1958, likely in 1954 based on when she was interviewed for My Story. An item from her childhood (even if it’s not the EXACT same one) is a beautiful sentiment. It’s Marilyn’s connection to her beginning, her past and was clearly something very important to her.

A Sorry Song, no place, no date. The poem reads:

I’ve got a tear hanging over
my beer (?) that I can’t let go

if I had a little relief
from this grief
then
I could find a growing
stare (?) to hold on to

A poem, written with her own hand is an incredibly personal item and provides a true connection to her creativity and mind.

When Marilyn and Joe DiMaggio first got married the platinum band, set with thirty-five baguette-cut diamonds was not her wedding ring. The original ring photographed on their wedding day and throughout their Asia trip had belonged to Joe’s mother, Rosalia, who died in 1951. The eternity band Marilyn wore from that point on, up until their divorce, is first seen in April 1954, three months after the wedding.

The fact that Marilyn kept this ring, as well as other items related to Joe, shows her continued respect and love for him all the way up until she died. Not only is the ring beautiful, but it displays the special relationship between the couple even after they were divorced.

This black cocktail dress was worn by Marilyn in the 1960 film Let’s Make Love. The sleeveless dress was constructed with a bodice of coffee-coloured chiffon, embroidered with black scrolling foliage and a matching cropped jacket. She also wore it to the 1959 ceremony for the presentation of her David Di Donatello Award at the Italian Consulate in New York, at a luncheon for Nikita Khrushchev as well as during hair and make-up tests for Something’s Got To Give in 1962.

In September 1961, she was going to have the dress sent over from her apartment in New York to LA for a party she was attending with Frank Sinatra. Instead, she purchased and wore the Norman Norell mermaid dress she later wore at the Golden Globes in 1962.

I love the simplicity of the dress and it was clearly a favourite of Marilyn’s. I was definitely torn between this dress and some of her Pucci items, as well as the JFK gala dress but I absolutely adore this outfit and the gala dress would’ve been too easy a choice!

One of the most iconic and recognisable qualities of Marilyn was her make-up and, of course, beauty. Everyone wants to know her secrets. So, to be able to own some of those tools and products would be nothing short of incredible. The black case with five metal drawers contained an assortment of make-up comprising:

If I had purchased all of these items for their realised price I would have spent a grand total of $1,817,800 (!!!) You can view the items sold at Christie’s here.

What 5 items would you buy and what would the total cost have been?

5 Things I DISLIKE About Marilyn »

Just got my copy of Marilyn Today from @benjaminme

“Oh damn I wish that I were dead - absolutely no