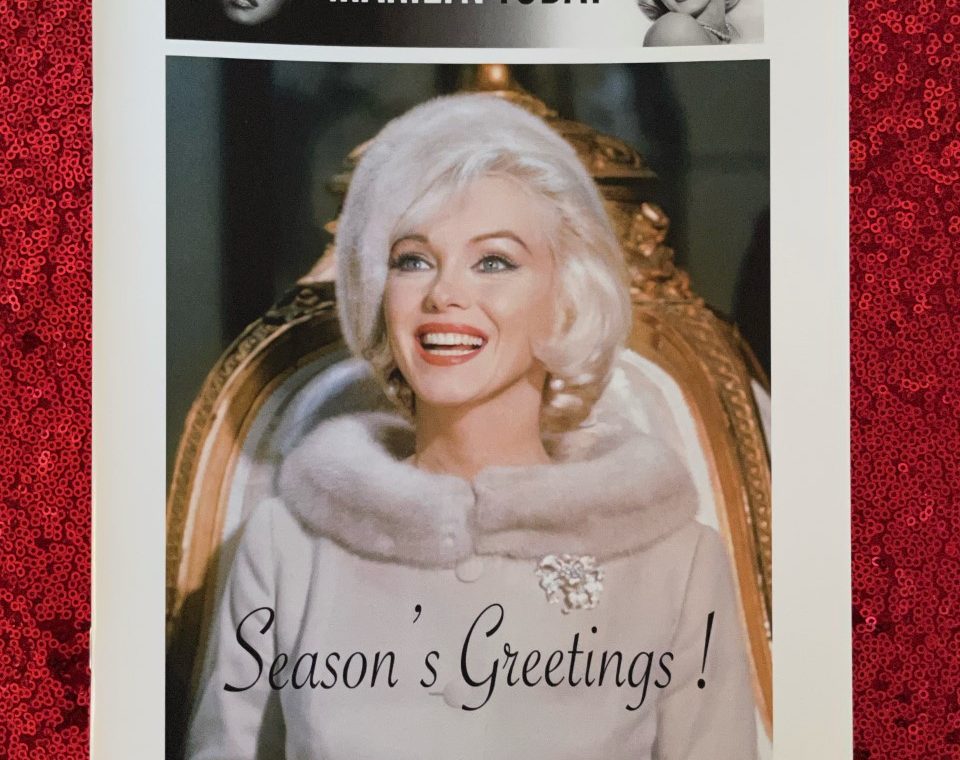 Thank you, Laura, for reaching out and for giving me the chance to write about our favourite topic and how we can honour Marilyn by sharing the love with others who may have a similar story.

I first noticed Marilyn without knowing who she was. I was probably around 10 years old and watched River Of No Return one night with my grandparents. I was intrigued. The way she looked, sang, and interacted with the boy in the movie attracted me to this blonde lady. This was my very first impression of Marilyn as Kay. Sometime later, just by chance, I watched How to Marry a Millionaire when it was on the television one afternoon. The three girls appeared like Barbie dolls to me, very elegant and sweet, living in a New York apartment, working as models.

Since it was the time way before the internet, it was a different way of getting information. My collection began by cutting out every tiny picture from a magazine I could get. I clued it, put it on a piece of paper that went into a folder. I went to the local library of my hometown to see what books there are and by reading about her life and films, I became even more fascinated by this woman – Marilyn Monroe and the person behind the iconic image.

On the occasion of the 30th anniversary of her passing, there was a huge Monroe boom in the media. There were new books on her, her films were shown on tv for weeks and she was on several magazine covers. In a teenage magazine, I found an ad saying “Marilyn Monroe fan club is looking for members.“ I wrote a letter to the girl who founded Some Like It Hot, the international Marilyn Monroe fan club in Germany on August 5, 1992. Since then, I became a permanent writer for the fan club’s magazine.

Over the years, the presidentship of the club went on to others and when the former president asked me to continue, I needed to think about it. We are still running a printed magazine that comes in the mail like in the old days. Would it still be interesting for others? What stories could I feature that is not so well known since Marilyn fans know of course a lot about her? Besides, it is a lot of work doing the research, writing the articles, translating, formatting until it is ready for printing. Finally, I decided to take over the presidentship and in April 2019, I published my very own Marilyn Today magazine. The concept of the magazine is to show how Marilyn’s spirit continues to shine today, how inspiring she is and how connecting. I present books on her and also those which includes her, I focus on details like her different styles over the years, there are guests writers like other fans introducing themselves and showing parts of her collection and I am doing a lot of interviews with authors, fans, bloggers, photographers, impersonators, other creative artists who are inspired by Marilyn and fellow colleagues who actually knew her. Catching a glimpse of the real Marilyn from first-hand information is quite rare nowadays. I think today, it is often more just her image that appears. The real person seems to vanish behind the larger-than-life image.

One aspect our fan club provides is that fans can connect with each other. I think it is very interesting to learn other fans’ own stories about Marilyn, how they discovered her and what she means to them personally. We have members from all over the world like the US, Australia, Puerto Rico, the UK and all over Europe like Spain, the Netherlands, Sweden, Ireland, France, Austria, Belgium, Switzerland, and Germany of course. Over the love for Marilyn, some became good friends. I think Marilyn would have loved to know how many people are still holding a good thought for her and how connecting she is. I really appreciate the kind feedback of our members. It makes my work to honour Marilyn even more rewarding.

The December issue is just released and on its way into the member’s mailboxes like in the old days. If you like to get information on how to join our fan club, you can reach out to me on Facebook as Benjamin Meissner or on Instagram @benjaminmeissner1626 or send me an email to benjamin.meissner@me.com The former president still runs a website you can go to https://the-international-marilyn-monroe-fan-club-germany.jimdosite.com

In sharing a good thought for Marilyn – thank you ever so for connecting!

« Part IV: “I could never talk about her. Never”