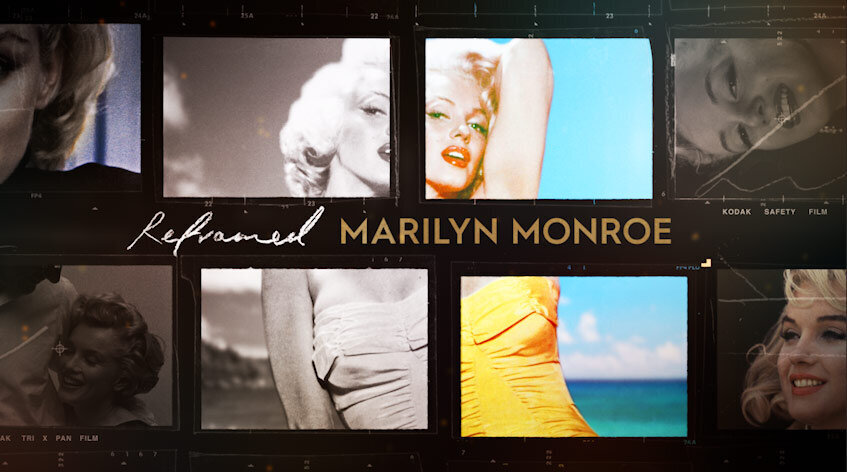 There is no such thing as a documentary that is completely faultless, especially when it comes to stars like Marilyn Monroe. Constantly there are conspiracies thrown in with fantastic tales to increase the drama of her life. And yet, Marilyn’s true story is a remarkable one.

That is why the new CNN documentary, which aired on Sunday 16th January, was so highly anticipated by fans around the world. Could we finally be given a factual docuseries about a woman who has been publicised so much in the 60 years since her death?

The marketing promised we would see Marilyn we didn’t know. A strong, determined woman who would not be made into a victim by the patriarchy that dominated Hollywood.

This time we were hearing about Marilyn from women, those who knew her and Marilyn herself. Photographers, actresses, writers and biographers.

Narrated by Jessica Chastain. we are told the story of Marilyn’s rise to fame. But is it accurate? This post will simply summarise my thoughts on the documentary (so far) along with some fact-checking.

Firstly, I absolutely love how we are hearing Marilyn’s story from women. We have actresses; film historians; playwrights; biographers and researchers discussing the world from a panel of women.

Actresses, Ellen Burstyn and Joan Collins, discuss the male dominant industry that was Hollywood. It’s insightful to hear the stories of how actresses were seen as commodities and viewed as prey by the Hollywood Wolves. In a way, it was comforting that Marilyn was not alone in what was expected of her. On the other hand, it was disgraceful to know that so many aspiring actresses were being treated in such a manner.

In addition, we hear from women who analyse Marilyn’s life, her actions and what it must’ve meant to be such a powerhouse in a time that women were seen as nothing but baby makers and housewives. Seeing women support women, as opposed to tearing them down, is what we need more of in today’s culture.

Considering many of the biographers of Marilyn’s life have been from men, it’s also uplifting to see it voiced by women.

The overall production is professional, easy to watch and contains plenty of beautiful footage of Marilyn coinciding with recordings of her reminiscing. The re-enactments are also gorgeously presented.

FACTS OF MARILYN’S HISTORY AND RISE TO FAME – PART 1

The discussion of Marilyn’s childhood is fairly accurate. This is (thankfully) in part to the documentary including recordings of Marilyn discussing these events. Hearing what she actually had to say about these topics is the closest we will ever get to the truth.

I do wish more was elaborated on about the struggles she faced as a child including her family history. I personally feel it would’ve been insightful to those who are new to Marilyn’s life, to examine how her mother’s health deteriorated despite desperately trying to do right by Norma Jeane. I feel these tragic events are what shaped Marilyn into being both strong and sensitive.

Her rise to fame is discussed somewhat differently from Love, Marilyn (2012). The 2012 documentary (which also features Sarah Churchwell, Lois Banner and Ellen Burstyn) claims that Marilyn was a part of the casting couch system and slept her way to fame, despite Marilyn specifically stating this was never the case for her. This and the use of Norman Mailer’s biography were Love, Marilyn’s biggest faults. But what about Reframed? Were they going to go down this route too?

Confusingly, it is then mentioned that Marilyn attended the parties of Joseph Schenck (20th Century Fox studio executive) to meet and date men that would help her career (in line with her character Miss Caswell in All About Eve.)

“Schenck’s favourite girl” is how she is referred to, a term Marilyn stated in her biography, My Story, annoyed her. Marilyn explains in her book (written with Ben Hecht in 1954) that she liked Schenck but he “never so much laid a finger on my wrist or tried to. He was interested in me because I was a good table ornament and because I was what he called an “offbeat” personality.”  However, they change the narrative by discussing how she turned down other studio heads resulting in her being fired.

I understand the documentary is shaping Marilyn as to being a powerful woman, making up her own mind as to what she does, how she does it and who she does it with. But if Marilyn states something didn’t happen, why can’t this just be accepted?

Why does the plot go from “she didn’t sleep her way to fame” and how she beat off the wolves to “she was intimate with studio executives” when she specifically stated she didn’t?

If this is the road they wanted to go down, they could’ve just left it at the relationship with Johnny Hyde which was briefly mentioned despite how important he was to Marilyn. They DID have a relationship. She DID care for him. What happened in their relationship was between them so whether it was sexual or not is something that we cannot be completely certain of. However, HE helped Marilyn’s career too, not just her.

I feel that the main narrative in part one is more about the Hollywood system and how Marilyn was sexualised and seen as an object. I would’ve liked to have seen more about how she worked with Natasha, the amount of studying she did and how hard things were for her trying to break out. Personally, this felt like background information and there was more of a feminist agenda, which is wonderful, but I would also like people to understand Marilyn’s history better than just what a bunch of horrible, old men there were (and still are) in Hollywood.

Part two continues with Marilyn’s growing stardom and we are now more focussed on her career, how Marilyn took control over her image and how much of a sense of humour she had, a quality I think is often overlooked.

Marilyn was the master of publicity. She knew how to play the media and use her sexuality and wit to do that. A fantastic topic that I am happy is being discussed as it’s an underrated attribute of Marilyn’s.

The conversation of Marilyn’s nude calendar (photos in 1949 but publicised as being Marilyn in 1952) and how she refused to “be ashamed.” I love that this topic is reviewed in detail. Still, nudity is seen as a negative. Ironically, they decided to blur Marilyn’s nipples thus showing society has a way to go before accepting the female form.

In addition, credit is given to Marilyn for writing her line in Gentlemen Prefer Blondes (1953), “I can be smart when it’s important… But most men don’t like it.” After some research, book skimming and contacting a few fellow Marilyn researchers, there is nothing we can find that backs this statement up. And although Marilyn was incredibly bright, I find it frustrating when positive falsities are used to promote these qualities of Marilyn’s when there are plenty of real things she said and did which back this up.

However, the publicity aspect of Marilyn’s life is continued into 1954, by implying her relationship with Joe “started as a publicity stunt” and her marriage was used to get her more money from the studio. Although it. Has been rumoured in the past Marilyn dated Joe in 1952 for publicity, she didn’t even know who he was when she met him. By the time they were married Marilyn and Joe were in love and had been dating for over two years. This wasn’t an overnight choice. But it was the wrong time for them. Marilyn’s career was soaring, and it was hard for the retired baseball star to have to share his wife with the world when he had just left the life of constant screaming crowds. You can read more about their relationship, starting here.

Marilyn’s trip to Korea was a lovely perspective on what a caring person she was. That she sang in the freezing cold to boost the morale of hundreds of thousands of men, who admired her. It was a beautiful way to display her caring qualities.

Still focussing on publicity, we reach September 1954, when Amy Greene discusses Joe’s rage on the set of The Seven Year Itch during the subway scene. She claims she was standing next to Joe that night and could see he was visibly frustrated. However, any footage or photos of Joe do not show Amy present or anywhere near him. Despite Amy always standing by that she was there, which likely she may have been, how close to Joe she was to visibly see his rage is unknown. What we do see In some photos is him smiling with Walter Winchell before the attention on Marilyn’s underwear became too much. I don’t think this is entirely unreasonable. Many partners of Hollywood actors find it hard seeing their other half exposing themselves or in love scenes.

She, like in Love, Marilyn quashes the abuse allegations. Although I don’t believe Joe was physically abusive with Marilyn, the rumours of this initially started in part because of Amy’s interviews with Anthony Summers, claiming, “Marilyn started to get undressed. She forgot I was sitting there and that she was taking off her blouse. … Her back was black and blue — I couldn’t believe it.” Because of this statement and a couple of other people making comments, the rumour mill started.

I am glad that Amy did confirm Marilyn didn’t put on crocodile tears for the press when she was announcing their divorce. Marilyn was genuinely upset that her marriage had come to an end, so this was not part of her publicity scheme. To imply everything Marilyn ever did for publicity would be false. Marilyn knew when to turn it off and on and that is what I think is missed a bit in part 2.

As many fans have already stated, there are errors within the first half of Reframed Marilyn Monroe and there’s no ground-breaking information that those who have researched Marilyn don’t already know.

However, I think this is (so far) a refreshing take on Marilyn’s life. Research has been done, despite a few mistakes and some daft comments. Obviously, we haven’t reached the discussions of her drug habits, her marriage with Arthur or her death yet. This is usually when documentaries go downhill significantly.

But overall, the documentary is doing well in promoting Marilyn as someone who was NOT a victim. I do feel, however, that it is unnecessary to overdo her #GirlBoss ability. Despite her having a dream and working hard, she didn’t do this entirely on her own. She had support and she did need help and, although I am not the biggest fan of some of these people, they deserve some credit too for how they helped Marilyn.

« Being a Biographer – Michelle Morgan