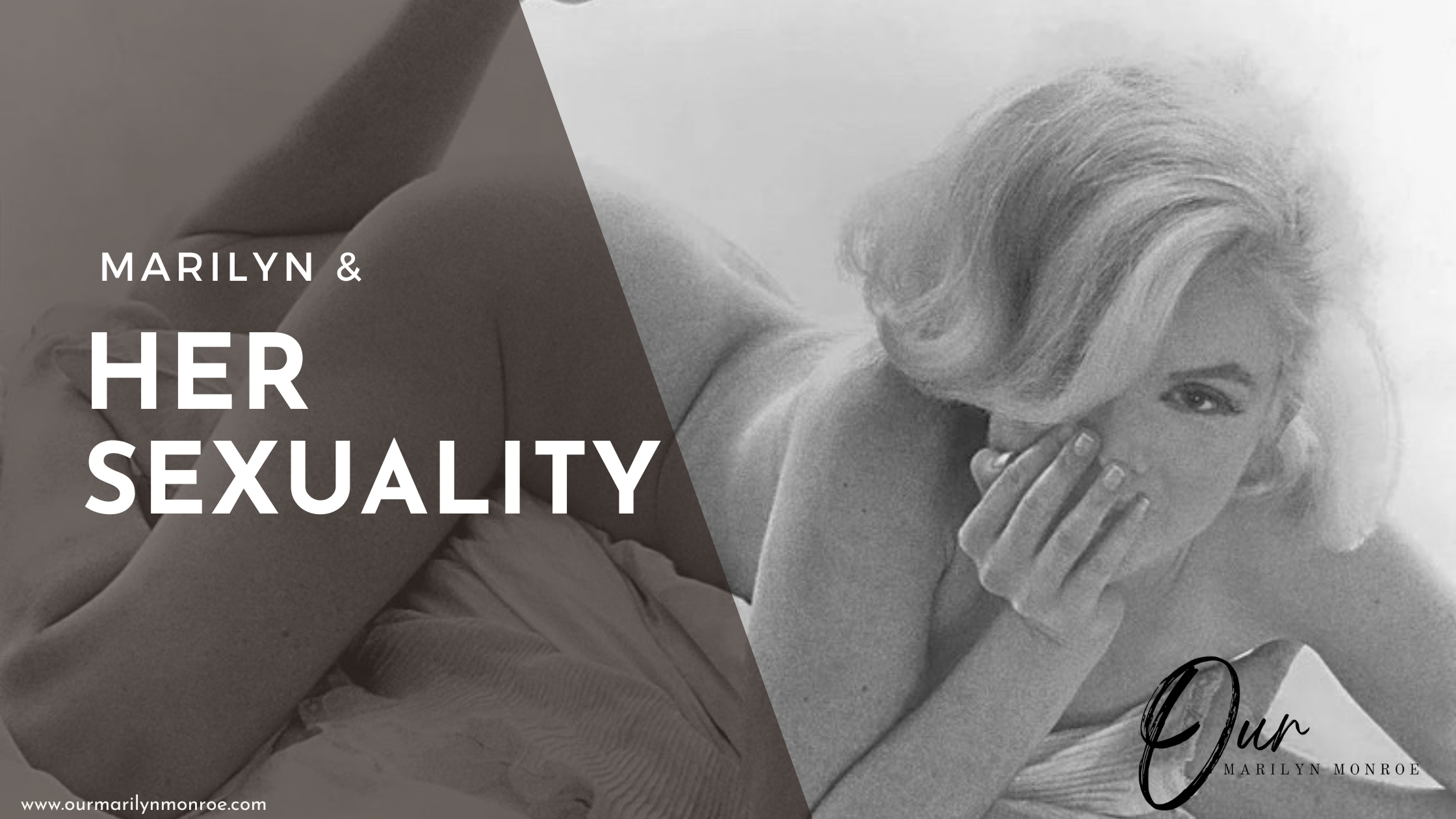 “Labels–people love putting labels on each other. Then they feel safe.” – Marilyn Monroe to WJ Weatherby in 1960

We live in a world where someone is “queer-baiting” because they have a large gay fan base and they support the gay community or because they pose nude for gay magazines and wear certain clothes. And because they won’t come out, they are immediately seen as “baiting” the LGBTQ+ community.

And yet we have those who will comment on how a seemingly heterosexual individual is “gay” or “queer” purely because one wants them to be. Why we cannot just be ourselves and keep our private lives private is astonishing to me…

The TikTok generation has made Marilyn Monroe into many things:

But one of the most common claims is that Marilyn was asexual.

Other than paedophilia it is perfectly acceptable and fine to be any of the above. But not if it isn’t genuine or factually accurate.

The “official” definition of asexuality is as follows:

Asexuality is the lack of sexual attraction to others, or low or absent interest in or desire for sexual activity.

This isn’t to say some asexual people don’t enjoy sexual experiences by themselves. However, this isn’t true of Marilyn.

Emily Ratajkowski claimed on her podcast that Marilyn Monroe “did not like sex.” It’s not a completely false statement. But it does show how Em Rata limited her research to a couple of online articles. If she had looked into Marilyn a little more, she would’ve seen Marilyn speak about sex and her enjoyment of it very openly.

Many are defending this label being given to a woman who has been dead since 1962, by commenting on statements Marilyn made regarding her early marriage:

“I was completely faithful to my overseas husband, but that wasn’t because I loved him or even because I had moral ideas. My fidelity was due to my lack of interest in sex.” (This statement is untrue as letters confirm Marilyn did in fact have an affair with Andre De Dienes…)

“Sex is a baffling thing when it doesn’t happen. I used to wake up in the morning when I was married, and wonder if the whole world was crazy, whooping about sex all the time… Then it dawned on me that people – other women – were different than me.”

“They could feel things I couldn’t. And when I started reading books I ran into the words ‘frigid,’ ‘rejected,’ and ‘lesbian.’ I wondered if I was all three of those things.”

Marilyn had just turned sixteen when she married James Dougherty, which she did in order to not to be sent to an orphanage. And although Jimmy claimed he and Marilyn had a fruitful sex life Marilyn didn’t speak of it as fondly as he did.

Let us remember that her first sexual experience was with a man she married for convenience purposes. Although she felt great affection for Dougherty, it probably felt to Marilyn that she was obligated to have sex with this man, who got her out of a tricky situation. 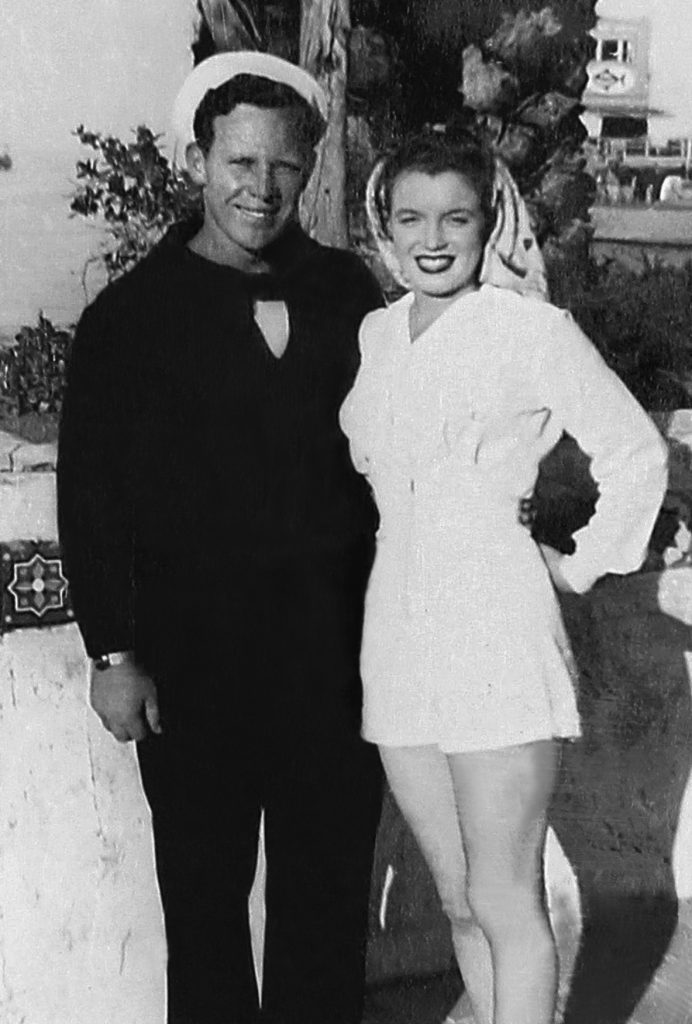 The obsession to label someone, which is conveniently dead, is something I can understand. But only to an extent. We put labels on ourselves to make sense of our feelings and identity. But it is ludicrous to do it for other people, primarily based on a sexual relationship between a teenage bride and her scapegoat husband.

Firstly, our sex lives (no matter how much we discuss it) are no one else’s business. To label someone just because it makes you feel better is unfair.

Marilyn spoke about sex. Sex with men, specifically. She chatted about it with journalists. She even discussed it with friends (she supposedly told Amy Greene how Joe DiMaggio was “fantastic in bed.”)

Here are a few quotes where Marilyn discusses sexuality:

“A man who kissed me once had said it was very possible I was a lesbian because I apparently had no response to males – meaning him. I didn’t contradict him because I didn’t know what I was. There were times even when I didn’t feel human and times when all I could think of was dying. There was also the sinister fact that a well-made woman had always thrilled me to look at. Now having fallen in love, I knew what I was. It wasn’t a lesbian.” – Marilyn Monroe to Ben Hecht in 1954.

“I think that sexuality is only attractive when it’s natural and spontaneous. This is where a lot of them miss the boat. And then something I’d just like to spout off on. We are all born sexual creatures, thank God, but it’s a pity so many people despise and crush this natural gift. Art, real art, comes from it — everything.” – Marilyn Monroe to Richard Meryman in 1962.

“It’s a part of nature. I go along with nature.” – Marilyn Monroe discussing sex to Pete Martin in 1956.

“I sometimes felt I was hooked on sex, the way an alcoholic is on liquor or a junkie on dope.” – Marilyn Monroe to WJ Weatherby in 1960.

“I was remembering Monty Clift. People who aren’t fit to open the door for him sneer at his homosexuality. What do they know about it? Labels–people love putting labels on each other. Then they feel safe. People tried to make me into a lesbian. I laughed. No sex is wrong if there’s love in it. But too often people act like it’s gymnasium work, mechanical. They’d be as satisfied with a machine from a drugstore as with another human being. I sometimes felt they were trying to make me into a machine.” – Marilyn Monroe to WJ Weatherby in 1960.

“No director ever said, ‘Now Marilyn, be sexy!’ Sex isn’t a thing apart, it’s all of you. Sometimes, after a scene, somebody will say, ‘Great! Very sexy, Marilyn!’ But I have just done something very natural.” – Marilyn Monroe, LOOK magazine in 1957.

It doesn’t matter how you live your sex life, or who with – as long as it is legal and safe. But we should not label others, especially those who are not here now, as it isn’t anyone’s place to do so.