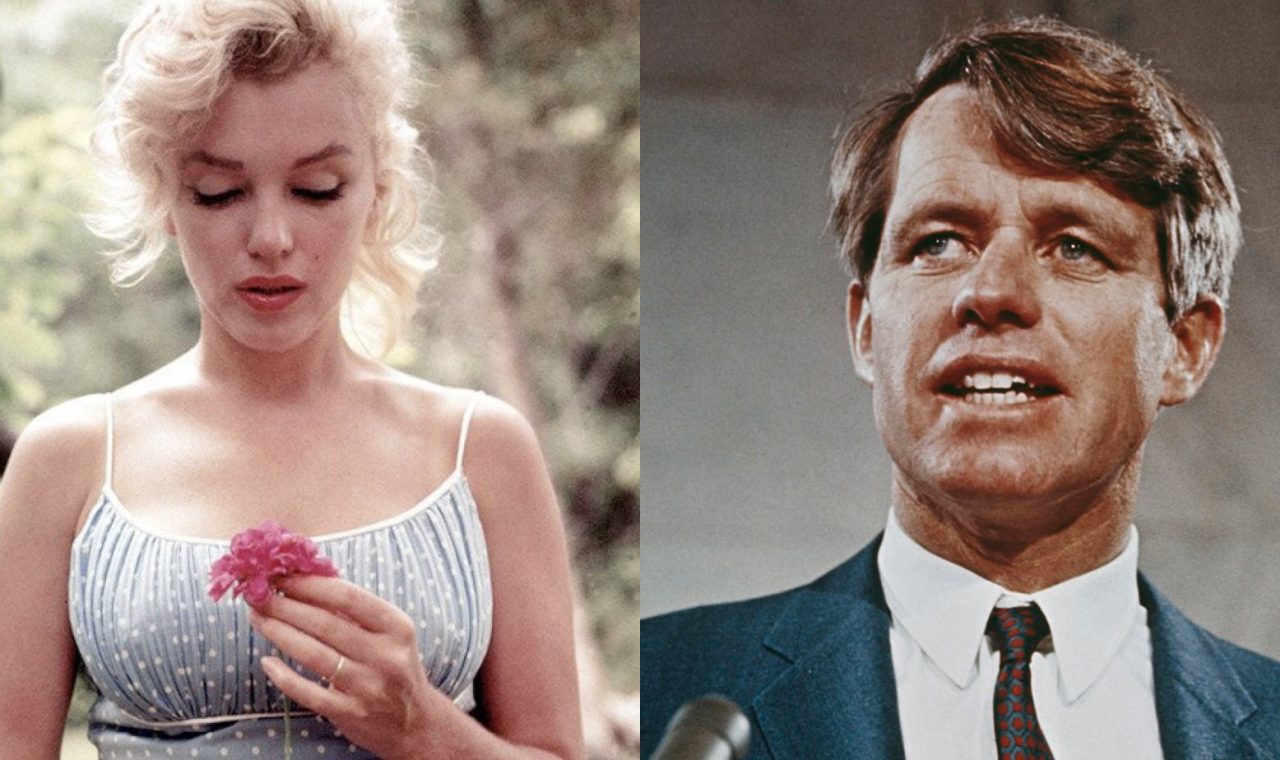 Over the years, Marilyn Monroe has died from many causes. Enema, injection, intentional overdose, smothering and now poison. Well, that’s according to an “ultra-secret” document that states Robert F Kennedy, the brother of President John F Kennedy, murdered our Marilyn Monroe.

According to the VERY credible source, *ahem* Daily Mail, “LA policeman Mike Rothmiller has decided to reveal what he claims is an extraordinary truth: that secret documents he found in LAPD archives show that Marilyn Monroe was assassinated to protect the Kennedy clan.”

The article states that Peter Lawford, a friend of Marilyn’s and brother-in-law to the Kennedys, was present whilst RFK gave Marilyn the poisonous drink. Lawford confessed everything to Rothmiller, twenty years after her death.

I won’t quote everything the article said, or even link it. I personally do not see the Daily Mail as a credible source of information. If you’d like to read what these claims are Google “Marilyn Monroe poisoned”. There you can read the story and how and why this secret is now revealed just a month before the anniversary of Marilyn’s death.

I will however, explain why this story is as ludicrous as Marilyn being abducted by aliens. Yes, that is a theory.

There are a few reasons why RFK couldn’t have been responsible for Marilyn’s death. And that can be explained simply by the fact that he was 350 miles from Los Angeles.

On the 3rd August 1962, Robert Kennedy had flown from Washington to meet his wife Ehtel, and children at his friend John Bates’s ranch in California (not far south from San Francisco). It was mentioned in the Los Angeles Times. The family had stayed there for the entire weekend before attending a convention of the American Bar Association on Monday 6th August.

There are photographs taken over the course of this weekend as well as multiple witness testimonies about how he didn’t leave the ranch the entire weekend. John Bates himself stated: “The attorney general and his family were with us every minute from the Friday afternoon until the Monday.”

Nancy Bates said that on the 4th August (the night Marilyn died) that “Dinner lasted until about ten-thirty and we were in our bedrooms not long after that.”

On Sunday 5th August, Bates and the Kennedys needed to leave early to get to Mass, in Gilroy (100 miles from Marilyn’s home), their attendance was reported in the paper the following day. After lunch, they drove to San Francisco where the family would stay during the convention.

Where did the RFK rumours start?

On 3rd August 1962, Dorothy Kilgallen, a gossip columnist implied Marilyn was in a relationship. It is said Marilyn was with “a handsome gentleman who has a bigger name than Joe DiMaggio”. Dorothy had written another article about Marilyn before. This however had her excluded from several exclusives due to “her general hostility towards Marilyn.”

She wasn’t the only one . Walter Winchell was also cut off from several press releases due to comments he made about Marilyn. He additionally wrote articles implying a relationship with RFK in August 1962.

In 1964, Frank Cappell (friends with Jack Clemmons who investigated Marilyn’s death) wrote 70 pages booklet named The Strange Death of Marilyn Monroe. It was this document that implied Robert Kennedy was involved in Marilyn’s death for the first time.

Cappell hated the Kennedys and along with Clemmons and another radical right-wing supporter named John Fergus, the three of them were indicted in 1965 for conspiracy of libel. The obsession to take down the Kennedy brothers, who they felt were soft on communism, left them to be known as unreliable sources of information. They made these accusations purely based on their hate for the Kennedys and nothing else.

It is widely believed that Peter Lawford had seen Marilyn earlier on in the day on the 4th August when she went to his home and walked along the beach (as per instructions from Ralph Greenson).

Lawford called Marilyn later that day inviting her to dinner (he also invited Marlon Brando and Wally Cox but neither of them could attend). Marilyn had initially rejected the offer but he said he would telephone her to try and change her mind later on in the day.

Both Milton Ebbins and Milton Rudin had received calls from Lawford asking them to check on Marilyn. He also called Joe Naar at about 11 pm (who was invited to dinner too but didn’t go) to drop in and see if she was okay, as he lived just half a mile away. As Naar was dressing he was then called by Ebbins and told he had spoken to the housekeeper who said Marilyn was fine and it was best to leave her be as she needed rest.

Dinner guest, George Durgom (personal manager of Lawford and Jackie Gleason) and Lawford’s maid Erma Lee Riley all certify that he was home all evening.

How did the Lawford rumours start?

The rumours of Lawford being involved with Marilyn come from a man called Fred Otash.

In the 1980s he made claims that he had tapes that proved Marilyn was murdered. It is said Bobby and that Peter Lawford helped “clean up” the scene. He had also professed he was a part of the Wrong Door Raid (which is definitely false). Otash was an ex-cop who had left due to being caught selling private and confidential information so, again, isn’t a trustworthy source of information. He then became a private investigator but had his licence revoked for false advertising and using the FBI director’s name and using the name United Nations.

His California license was revoked and he then moved to New York. You can read his FBI files made public by clicking here.

THE RED DIARY AND TAPES

It was very well known Marilyn had a red diary. Well only since Slatzer came up with that theory a decade after she died. It is well known to conspiracists and fans of Marilyn’s murder theory.

WHERE DID THE RED DIARY/TAPE RUMOURS START?

Robert Slatzermet Marilyn once in 1952 whilst she filmed Niagara. They had a couple of photos together and since her death, he has been a plague to all researchers lives. Why?

Putting it simply, he’s a liar.

The facts are Marilyn had 4.5 mg of Nembutal and 8.0 mg of Chloral Hydrate in her blood. She also had 13.0 mg of Nembutal in her liver. This is ten times the lethal dose. She would’ve passed out before it was fully absorbed but the liver would’ve continued absorbing the drugs until she died. Due to a slower metabolism as she was dying, the liver levels would be higher than the blood.

That is what killed her.

Whether she intentionally took a large amount of her medication in order to end her life or she was so fed up with not being able to sleep she took more than the advised dosage, will be a mystery forever. What isn’t a mystery is the fact that she had a deadly dose of her drugs in her system which she took before 8pm which correlates to Lawford calling Marilyn at 7:40/45pm.

HOW DOES THIS PROVE SHE DIDN’T GET GIVEN POISON BY RFK?

Facts simply don’t allow this to be true.

Marilyn Monroe seems to become more well known as a subject of a murder that never took place and as part of a range of conspiracies. All of these stories were released decades after she passed away. Rather than focusing on the celebration of her life, which is what MANY Marilyn fans attempt to do, stories like this destroy it. She is more famous for her death than any of the hardships she overcame and the successes she made in her life. I pray one day there will be a day where falsehoods about Marilyn, a human being, will end. In the meantime, whilst people keep believing fiction over facts, there is always a profit to be made and fame to gain. You can read a review of the book here by my friend April.

« Did Marilyn Monroe Sleep Her Way to Fame?

Marilyn ASMR: It Makes Me Goosepimply All Over! »