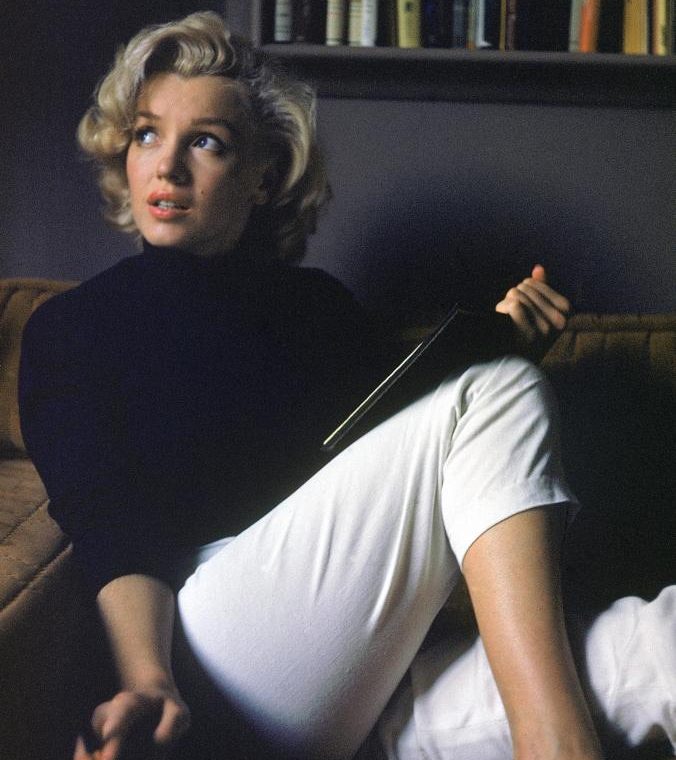 Marilyn Monroe experts, researchers and fans alike are big lovers of evidence supporting claims that surround the actress’s life. Being a subject of many conspiracies, Marilyn has had several interesting tales created about her. You can see some of those here…

This article is going to discuss how we work out what is reliable and what isn’t.

YOU KNOW, MOST PEOPLE REALLY DON’T KNOW ME

Did it come from Marilyn herself?

Despite Marilyn being a master of her own publicity, it’s safe to say that the words we can trust the most, are her own.

If it came from a taped interview such as the Last Interview with Richard Meryman in 1962, or handwritten notes such as in Fragments then you can get a good sense that it’s most likely the truth. Of course, some stories are exaggerated or bias.

You can view/listen to some interviews here

Sources such as My Story (despite being ghostwritten by Ben Hecht) and Fragments are wonderful documentations, as well as books like Conversations with Marilyn by WJ Wetherby. Books based on interviews tend to align nicely with information that Marilyn and her peers have discussed publicly in the past, so are often considered reliable origins of information.

Are there any documents to confirm claims?

Receipts, tickets, cheques, paperwork, letters… any written sources or even photographs can be a big help with supporting claims.

For example, the claim that Marilyn Monroe married a man called Robert Slatzer… This is also the same man who stated that he knew Marilyn had information on the Kennedy’s. Which is why they had her killed.

The date on which he claims they eloped was 3rd October 1952. Luckily, we know that Marilyn was in fact at an event to honour Ruth Waterbury, the Chief Editor of Photoplay magazine.

They were apparently married (4th October 1952), there is a cheque signed by Marilyn to Jax in Los Angeles from where she went shopping with Natasha Lytess. In 2015 I found this cheque online, however, a larger detailed image cannot be found anywhere. As there are NO documents proving she was in Mexico with Slatzer, let alone married to him, we can be certain Slatzer lied about this claim and should therefore be deemed unreliable.

As for the Kennedy stories… There are no letters (which Slatzer claimed there were many of) between him and Marilyn, no phone record, or any records for that matter, that show that Marilyn was ever in contact with him after that one meeting. Which leaves us wondering how would he know what was going on?

If a meeting, say between the President of the United States and the most popular actress in the world were to meet for a passionate affair, it would be well documented and not just based on rumour alone. There would be records of multiple private meetings. Instead there is only one record of a private meeting in which it is likely the two slept together.

There are people (who barely knew Marilyn) that have made statements regarding information that only THEY knew about.

For example, apparently, Marilyn told a young fan, Frieda Hull, that she was pregnant with Yves Montand’s baby. Hull had photographed Marilyn in 1960 and was a part of the Marilyn Six fan club. The images show Marilyn with her tummy showing through her tight skirt.. However, this cannot be held as reliable as Marilyn didn’t know Frieda personally. She definitely would not have told a stranger something that could easily be disproven and gossiped about at the time. The story comes from Tony Michaels, who bought the image slides. Therefore it comes from hearsay. The Monroe Six weren’t particarly open about Marilyn and thier experiences with her, so it is highly doubtful Frieda would’ve said such things.

The same goes for Jeanne Carmen, who claims to be a friend of Marilyn’s and has lots of tales to tell including how Marilyn was friendly with mobsters like Sam Giancana. But there is no proof they even knew each other. No documents show they were associates or friends. The same goes for Marilyn being involved with the mob.

Why can these people be deemed unreliable? Because they sell stories with no proof and didn’t know Marilyn well enough for it to be true. OR they are (ex)stars who just want to get some of the limelight *cough* Tony Curtis *cough*.

There are people who WERE close to Marilyn that said little about her private life. A lot of information tends to be public records or something that Marilyn herself openly discussed. Furthermore, some of her closest friends have barely said anything at all. A good example is people such as Joe DiMaggio and Patrica Newcomb who had said very, very little about Marilyn and her life.

Of course, some close friends have shared a few personal tales. Dependent on their relationship, their consistency and their overall personality can depend on their reliability. There are people who tell such extravagant tales you just can tell they aren’t trustworthy. Some associates may have foggy memories, some just like to exaggerate or want to tell a good story based on hindsight.

Remember, even if they were best friends with Marilyn or worked closely with her, everything that is said should be taken with a pinch of salt. Usually, multiple statements that are consistent and in accordance with Marilyn’s personality can be considered reliable but NO conversation can ever be 100% reliable.

WHO/WHAT ARE THE UNRELIABLE SOURCES?

Mailer’s 1973 biography of Marilyn was not a traditional biography. He read the available biographies, watched her movies and looked at photographs of her but for the rest of it, he stated, “I speculated.” Which isn’t enough when you are selling a product.

The book’s final chapter theorises that Marilyn was murdered by rogue agents of the FBI and CIA who resented her supposed affair with Robert Kennedy (which didn’t happen). Norman Mailer later admitted that he embellished the book with speculations about Monroe’s sex life and death, all of which he did not himself believe. He openly admitted that he said all this to ensure the books commercial success.

In addition, Mailer did an interview with journalist Mike Wallace in July 1973. Wallace asked how he thought Marilyn died. “I’d say it was a 10-1 that Marilyn’s death was an accidental suicide,” Mailer replied. So why did he make up the RFK, CIA/FBI rumour? “I needed money very badly.” Nice.

Arthur Miller (Marilyn’s ex-husband) wrote that Mailer saw himself as Marilyn “in drag, acting out his own Hollywood fantasies of fame and sex unlimited and power.” Not exactly the review one would hope for.

As someone who worked closely with Norman Mailer, it is safe to say that Schiller sadly has to be put into the category of unreliable despite his wonderful images of Marilyn and some of the great stories that are told in his book Marilyn & Me.

A “long lost friend” of Marilyn’s that had plenty of stories relating to Marilyn’s life. Oh, wonderful the tales of Marilyn spending her time with mob bosses and the Kennedys. Again, no sources have ever proven a single one of theserevelations. You can read more about her and Marilyn’s “friendship” here.

I have mentioned good ol’ Bob before. But here we are again…

Robert Slatzer met Marilyn once in 1952 whilst she filmed Niagara. They had a couple of photos together and since her death he has been a plague to all researchers lives. Why?

Therefore we can naturally assume he is a fabricator of tales and is therefore one of the most unreliable sources of information in the Marilyn Monroe universe. He is also one of the first to come up with the Marilyn murder conspiracies.

Norman Mailer said, “Anthony Summers is one of the most highly skilled investigative reporters writing today.” That should be enough evidence for anyone.

Moreover, Summers also uses unreliable sources such as Slatzer and Jeanne Carmen throughout the book “Goddess”.

WHAT ARE THE RELIABLE SOURCES?

The question comes down to:

Did this person know Marilyn… Like, REALLY know her? Do they have something to gain from what they are telling e.g. money, publicity? Are they releasing this information around the anniversary of her passing (as this tends to be a good time to sell books and brand new stories)? And what is the evidence? Who is the source?

Whenever someone begins learning about Marilyn and her life their first impression tends to stick with them. And not too many new fans want to read several different books about her. Perhaps just one or two. Sadly, if they pick up a book full of fabrications this is what they are left within their mind. This is why I have added some reliable books in the SHOP and some useful links in SOURCES which use reliable sources to the best of their abilities. Please note that not all books, articles and sources are ever 100% so please be kind when it comes to human error. That does not include when a story is entirely fabricated in order to gain fame or make money.

Sources: Wikipedia, Marilyn Monroe: A Day In The Life, Donald Spoto’s Biography, general research over the years and a little bit of common sense!

Your Favourite Marilyn Monroe Costumes As Voted By You! »