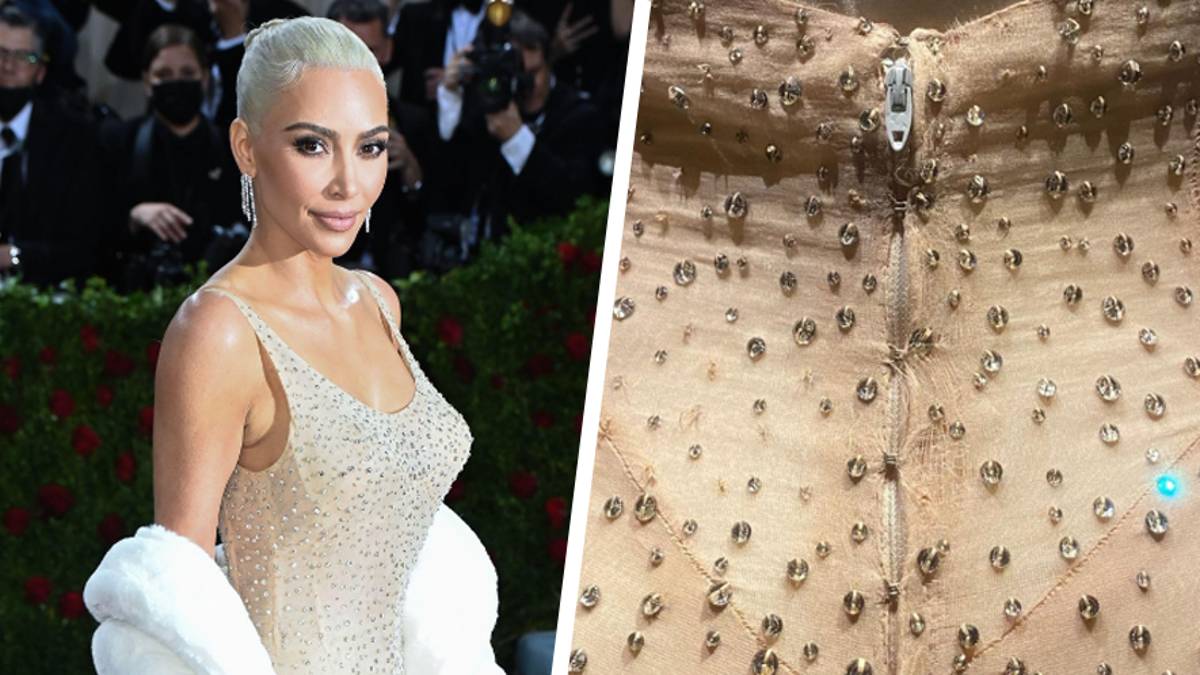 When I first wrote about Marilyn’s infamous dress just after the Met Gala, I found myself torn between whether I was really upset or unbothered. It was just a dress after all. Ripley’s Believe It Or Not! could do what they wanted with the dress they owned. I decided to choose the latter and laugh it off because a lot worse has been said and done to Marilyn’s legacy than someone wearing her clothing.

I felt “what’s happened has happened, nothing can be done now”. My feelings have changed ever so slightly since. By that I mean the saga makes me throw up in my mouth…

As with all clothing and infamous costumes worn by iconic movie stars and celebrities, these items should be protected and preserved so that future generations can appreciate them. So much work goes into creating these wearable works of art after all.

I wanted my daughter to be able to see how delicate the Jean Louis gown is. I had hoped that perhaps she’d see it in its full glory. See the craftsmanship that went into the beading, how it was made to match Marilyn’s skin tone and how the fabric was so delicate that over time it wouldn’t be able to be worn again by anyone else.

As of 2022 that is no longer true. The dress had previously been kept in incredibly strict conditions to preserve its beauty and delicacy. However, because of five minutes of selfishness and exploitation, the dress is frayed along the hem, rhinestones are missing, straps are torn and the area around the zip and fastening are stretched and ripped. Decades of preservation. FOR FIVE MINUTES. You can see more about the damage itself here.

For me, and I know a few others, the overall feeling of this damage is a lack of surprise but a lot of disappointment. We shouldn’t be shocked by the damage to this piece. It was always going to be frail half a century after it was made.

The public, and not just fans, are appalled. Not just at the person who carelessly requested to wear it, who starved herself to fit (didn’t work) but also the people who let her. The owners spent almost $5,000,000 on it. And boy, weren’t we all glad when a MUSEUM got ownership. But how wrong we were to feel that glee and relief.

I cannot believe that a “museum” actually agreed to have this person wear an iconic, incredibly valuable and delicate piece. Not to mention adding ties because her backside wouldn’t fit.

It’s the most expensive dress in the world and it’s now permanently damaged because someone with money, whose life has been built primarily off publicity, could wear it for five minutes. Not to mention the way the staff getting her into the dress handled it so roughly.

The Met Gala agreed to this too. The Gala which is meant to help promote and support American fashion and its history. Well done all, you really messed this one up. Could the replica not have been enough? Clearly not. Clearly, history means nothing to any of them.

So, yes there’s worse that could be done. And no, Marilyn wasn’t particularly interested in material possessions. Maybe she wouldn’t have cared a lot if she were here now. But the general population do. Because of the respect for history and the significance of the dress. They wanted to see the dress that made history. A dress that Marilyn paid for personally. That she specifically asked for. A dress “only for Marilyn Monroe”.

Overall, I hope this is a lesson to all museums and collectors, and perhaps to the rich who think their status trumps history.

This isn’t about a dress. It’s about how celebrities, the rich and overall society feel that nothing is sacred. Of course, Ripley’s can do what they want it’s their dress, but this a bigger than a piece of clothing. It’s about privilege and taking advantage of that without being apologetic.

But one thing is true, there will never be another Marilyn Monroe. You can read more about the history of the dress here.

Thanks to Scott for showing some side by sides and detail of this unrepairable and completely unavoidable damage when worn.

Ripley’s have now made a statement, which is laughable to say the least.