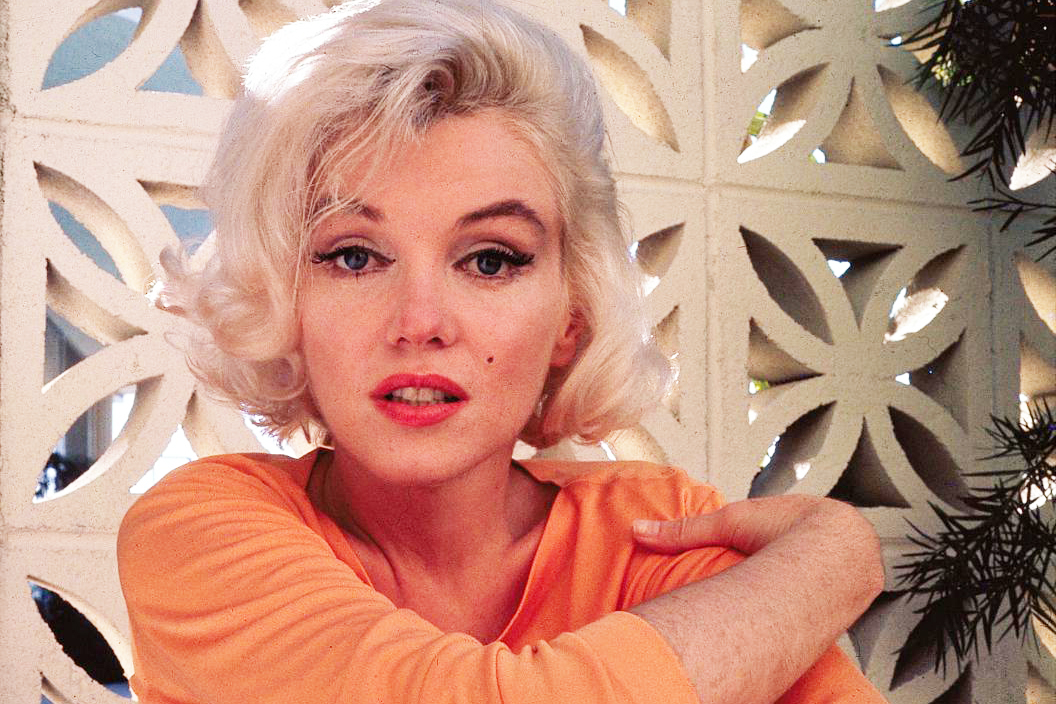 Marilyn passed away in 1962 *sobs*. You would probably think that many fans (especially ones with fan sites like this) would know everything there is to know. After all, there are only 36 years of facts to learn *sobs again* so clearly there’s not much information that someone can learn.

WRONG (in my case anyway).

When you’ve read a TONNE of Marilyn blogs and books (not as many as some but a good number) you’d like to say that you’re pretty knowledgeable. And I am when it comes to Marilyn… Well, certainly more than some people, for sure. But I’m still learning. And boy, I have been re-introduced to a plethora of facts and information since returning to the fandom *officially*.

I wasn’t active within the Marilyn community for about 6 years which meant I fell out of reading posts and articles by Marilyn experts and researchers. I also stopped reading any new (or existing) books. I even forgot a lot of things I had previously learnt. Oops.

Luckily, I am very fortunate to have a lot of friends in the community, all of who have been fans for a lot longer than I have. Some even have had access to information and resources that I could never dream of setting my eyes on. Fortunately for me, they regularly share their knowledge in various groups and in conversations online, and so with that, I am learning new facts every day.

Here are some of the things I never knew until recently!

A special thanks to Silver Technicolor, April Vevea, Marilyn Remembered Fan Club and Scott Fortner for sharing your knowledge with me and the world.

A quick TRIGGER WARNING. I will be discussing sexual abuse.

Until Scott Fortner of The Marilyn Monroe Collection did a video discussing some of Marilyn’s jewellery, I had absolutely no idea that her wedding ring from Joe DiMaggio was not the famous eternity band that so many fans recognise.

In the images below you can see that the rings are different.

After some digging, I found that she is pictured wearing the eternity band when she returned from her suspension from Fox and after a break with Joe in San Francisco.

It is possible that the original ring is a family heirloom, possibly belonging to Joe’s mother who had died in 1951, three years before the wedding. On returning from their honeymoon, they may have returned the ring and purchased the eternity band. However, this cannot be confirmed (YET). Thanks to my lovely friend, known as Silver Technicolor on Instagram for investigating this with me!

The platinum band, set with thirty-five baguette-cut diamonds (one diamond missing), was sold at Julien’s for $772,500. *whistles*

It is unknown where the first band is, or who it belongs to.

MARILYN WAS ABUSED SEXUALLY MORE THAN ONCE AS A CHILD

For a long time, I had believed that Marilyn had been abused by one person, on one occasion. Marilyn named this abuser “Mr Kimmel” in her biography, ghostwritten by Ben Hecht. Marilyn also discussed this experience with George Barris.

Norma Jeane had been almost nine years old when she was sexually assaulted by a man who was renting a room in her home. He had locked her in the room and molested her, insisting she “be a good girl.” Norma Jeane had told her “Aunt” (most likely her mother as she was renting rooms in their home in order to make ends meet) but was scolded for making such accusations.

Despite there only being one instance of abuse in her biography, she had told friends it was happening on an almost daily occurrence for many months.

According to Jim Dougherty, Marilyn’s first husband, Doc Goddard (her foster father for a short period) had also kissed Norma Jeane passionately and attempted to force himself onto her. Fortunately, Norma Jeane escaped.

After the incident, Grace Goddard, had Norma Jeane live with her Uncle Marion and aunt Olyve who had three children of their own. One of which sexually assulted Norma Jeane when she was twelve. Bebe Goddard (Grace’s daughter) and Ida Mae (another cousin of Marilyn’s) confirmed this.

Although once is enough, to know that Marilyn endured this behaviour repeatedly makes me sick to my stomach. Unfortunately, it’s incredibly common for sexual assult victims to have their traumas repeated and to even be close to their abuser (like with Doc Goddard).

IN 1962 HER FAVOURITE COLOUR WAS GREEN

Another insight from Scott’s videos was that in 1962 Marilyn was loving the colour green!

She owned a beautiful green Pucci blouse (owned by Scott), a Pucci dress (which she wore in Mexico and was buried in), wore a dark green sequinned gown at the Golden Globes, owned a green beaded necklace (also Scott’s) and often wrote with green ink!

Many Marilyn fans claim (including myself) that Marilyn was one of the first women to set up her own production company. My dear friend and fellow Marilyn fan, April wrote a blog post abolishing this claim which I have linked below.

Marilyn Monroe and her friend/photographer Milton Greene set up Marilyn Monroe Productions in 1955 in order to create more dramatic roles for Marilyn. It is often said that MMP was the third or fourth production company created by a woman. But this isn’t the case. In fact, there are about 50 other women who did this before Marilyn. You can see the women who set up their own production companies long before Marilyn here.

As foolish as it may seem, I do feel that fans never want to dampen down or question Marilyn’s “achievements”. The truth is very important and if that means proving one of the accomplishments never existed, then so be it.

For years now I had been battling with who really had taken the last professional photos of Marilyn. Was it Barris, Grant or Stern?

Due to Bert Stern’s photos being dubbed as The Last Sitting I always assumed it was him who took them. However, according to records his photos are dated as 23rd-25th June 1962, at the Bel-Air Hotel.

To accompany her interview for Life Magazine by Richard Meryman, Allan Grant took a photos of Marilyn in her home on 6th July 1962.

Friend and photographer George Barris had a number of photo sessions with Marilyn in June 1962 at the home of Walter “Tim” Leimert. According to memos from Arthur Jacobs (Marilyn’s press agent) dated 11th July, Pat Newcomb (friend and publicist) said she would take Marilyn to the shoot the following day.

Pat was to drop Marilyn off on the evening of 12th July 1962 after her meeting with Fox. She was taken to Santa Monica beach to have her photoshoot with Barris followed by an interview for their book. Some books claim it was 1st July and Barris claims it was 13th July but April (Classic Blondes/Marilyn A Day In The Life) has seen the memos from that date and so it’s safe to say that date is likely.

Therefore the photos of Marilyn on Santa Monica beach are the last professional photos taken of Marilyn.

I’m certain I still have so many facts left to learn about Marilyn whether it be common knowledge or unique stories about her. We should always accept that we don’t know everything without putting ourselves down. Also, not knowing everything doesn’t necessarily make you a bad fan. There will always be someone who knows more than you (or me) and it’s that drive to learn more that keeps us going!

Sources: Icon: The Life, Times and Films of Marilyn Monroe by Gary Vitacco-Robles, Scott Fortner of The Marilyn Monroe Collection and April Vevea of Classic Blondes.

« Marilyn Monroe Quotes to Live By