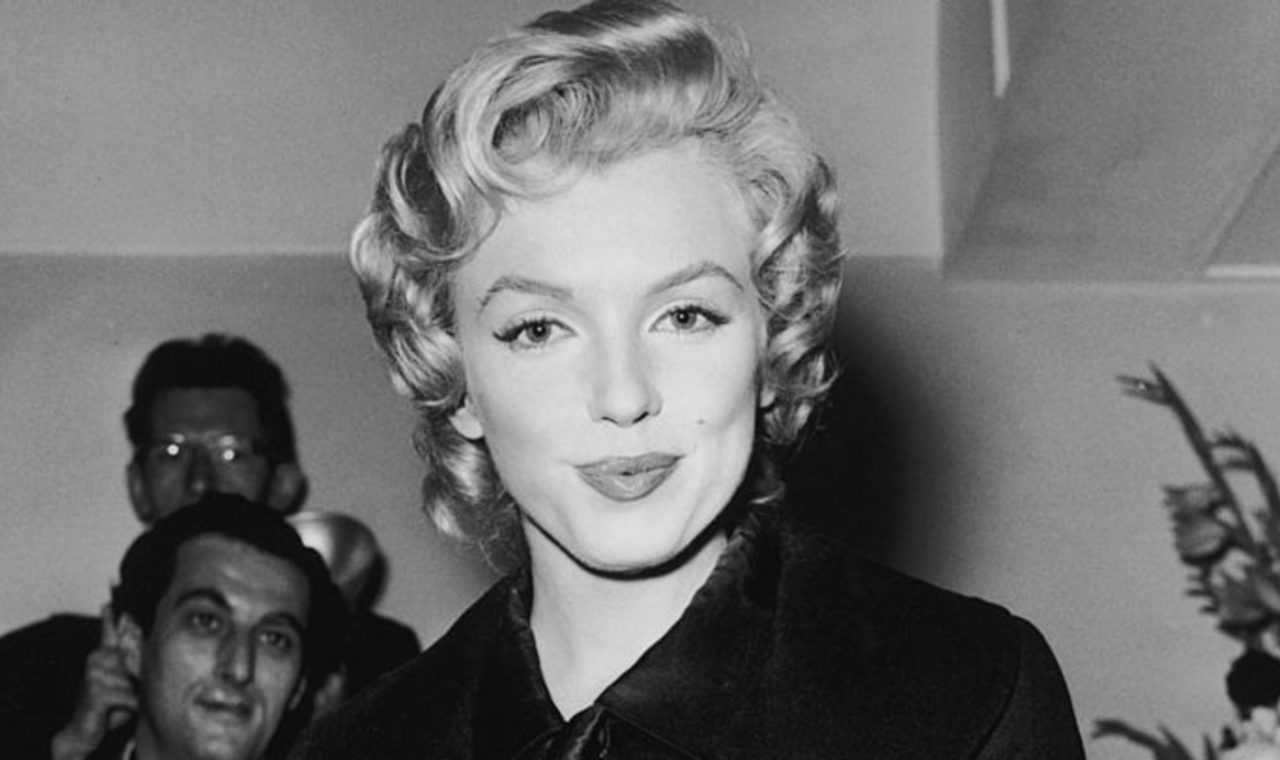 They say “love is blind” and I feel this doesn’t stop with romantic relationships. Family, friends and even dead celebrities… And believe me, I LOVE Marilyn. But she was by no means perfect. It’s slightly delusional to think she was an angel. But, I also think this is something many people actually like about her because it makes her relatable. More human if you will. But what is it about Marilyn Monroe that I dislike? What actions did she or didn’t she take that make me have some judgemental feelings towards her?

A quick disclaimer… I don’t completely feel like these events/qualities are ALL Marilyn’s fault and I will defend her on these points too, even if I don’t 100% agree. Read until the end before making comment on these “judgements”

HER DEPENDENCE ON THE WRONG PEOPLE

Throughout Marilyn’s life, she had been let down by the people she loved the most. Her father, mother, grandparents, foster families… The list goes on. She clearly found it hard to maintain certain relationships and whenever true love, commitment and dedication reared their beautiful head Marilyn gripped it with both hands. And I don’t blame her. But I also feel this was her downfall.

My first issue with certain people is that she was PAYING them to be there for her. If she wasn’t paying them would they still have been as attentive? Maybe it was “stress tax”. More often than not they were paid the same (if not more) than she was.

In the early 1950s, Natasha Lytess was making more money than Marilyn was, earning $750 a week. There’s even a cancelled cheque made out to Paula Strasberg in 1960 for $10,000. In 1956, during the filming of The Prince and The Showgirl Marilyn insisted Paula be present. Lee Strasberg required that Paula receive $25,000 for ten weeks of work. She was ultimately paid $38,000 with Marilyn reducing her own salary in order to pay her.

Obviously, Marilyn had friends who were also her colleagues/employees such as Allan ‘Whitey’ Snyder and Ralph Roberts but they were paid for the services they delivered. But they weren’t paid to be around Marilyn and guide her in every life and career choice.

Not to mention they gave her little space to breathe… I feel this created more anxiety in her. I feel Marilyn was so desperate for emotional security that she was happy to literally PAY for it and let lines be crossed in the meantime.

For example, Lee and Paula Strasberg were her acting coaches. They were paid extraordinary sums (as shown above) to be with Marilyn on set although it created immense tension with the rest of her colleagues. Marilyn was willing to risk that. She’d dine and stay at their home. She was treated like a second daughter to them which must have been hard on their ACTUAL children. Let’s not forget they encouraged psychoanalysis which resulted in her taking prescription drugs… More on that later.

Another example was her psychoanalyst Ralph Greenson who saw or spoke to Marilyn several times a day. But this was not for social visits. It was paid work. Of course, it must have been hard on Greenson and his family to constantly live the life of Marilyn’s therapist but they still had her stay and dine in their home too. Marilyn depended on their sessions as well as the coaching of Paula and Lee Strasberg. Seeing the therapist and taking acting lessons with Lee and Paula brought up a lot of emotions for her, leading to the medication she would be prescribed.

When I fell pregnant there was no question I was going to give up the medication that could have caused harm to my baby. This is why I find it shocking that Marilyn didn’t despite being warned by her own Doctor.

By 1958, Marilyn was heavily dependent on her medication which at that time consisted of barbiturates.

According to Donald Spoto’s biography: “Both for sleep and as a tranquillizer, she had been taking Amytal, a brand name of the barbiturate amobarbital, and now she guiltily recalled Leon Krohn’s warning, as she wrote the Rostens: “Could I have killed it by taking all the Amytal on an empty stomach?  I took some sherry wine also.”  For weeks she was inconsolable, convinced that the drug abuse she now freely admitted had caused the spontaneous abortion.”

Dr Leon Krohn stated, “She often told me how she longed for a child, but I cautioned her that she would kill a baby with the drink and the pills—the effects of those barbiturates accumulated, I told her, and it would be impossible to predict when just one drink will then precipitate a spontaneous abortion.”

I feel, based on losing her baby in 1957, this was a careless error. One that, I am sure, hurt her immeasurably. But this is the sad tale of addiction and the naivety that it may not happen to you. I’m sure she didn’t feel she would be putting the baby at any risk. But it was and is not a risk ever worth taking. And I feel a huge deal of sadness for Marilyn. How much blame she must have put on herself when she lost that second child is inconceivable and possibly caused a huge amount of strain on her mental health and marriage with Arthur.

Edit: I have had my head bitten off for this one… But at the end of the day, Marilyn was told to stop at the risk of losing the baby. And she didn’t. There was a miscarriage scare and she was told it was nothing. But then it did happen. This isn’t an attack on Marilyn. It’s an attack on addiction. Those are the horrible and unfortunate facts that poor Marilyn and Arthur had to face. Whether the medication and occasional drink actually played a part in her losing the baby, I don’t know, but the early months of pregnancy are the riskiest and therefore it is a sad fact that Marilyn’s medication dependency took over.

APPARENT LACK OF CONSIDERATION FOR OTHERS

Connected with her dependence on others, I feel that Marilyn being late to appointments and shutting herself away was her way of having some control.

Did she sit and cry in front of the mirror attempting to “become her”? I doubt it. That’s a romantic tale from the likes of Truman Capote (a known fantasist). She suffered from anxiety and I doubt Marilyn shutting herself away and being hours late for an appointment was about trying to turn on the Monroe-isms. But I don’t think her anxiety about appearing in front of others was totally the issue here.

I feel that although her tardiness was incredibly rude and her lack of real explanation was inconsiderate, it’s clear she wanted some say on when “the people” would get to see her. And it was HER say, not theirs. For this, I do not blame her. She even discussed her tardiness stating, “I am invariably late for appointments – sometimes as much as two hours. I’ve tried to change my ways but the things that make me late are too strong and too pleasing.” Marilyn did things for herself including taking her time getting ready or having long baths to help her relax.

Sadly, this would not be understood by her fellow cast and crew giving her an incredibly negative reputation, even resulting in her being fired in 1962.

Marilyn became infamous for her lateness, hence her introduction by Peter Lawford at the Madison Square Garden, “the late Marilyn Monroe.” Ironically, she had been on time and her coming on the stage late was planned.

No matter what, if a relationship is not going well, being unfaithful is not the answer. It’s unfair to all parties, especially those who are being cheated on.

I get that she felt distanced from Arthur, especially after losing the babies and him writing all the time (it was his job after all) and whatever other troubles they were facing, those we may never entirely know. However, Marilyn’s response to an affair with Yves Montand during Let’s Make Love was not the way to deal with her marital issues.

We cannot analyse relationships we aren’t a part of but I don’t think cheating on your partner will fix much. If anything, it’s a cry for help and the marriage should’ve ended the moment she considered sleeping with a married man. The same goes for Yves.

Marilyn’s tales of woe begin with chatting about her childhood and how she lived the life of Oliver Twist. A poor girl, whose mother died and she was whisked away to an orphanage where she was forced to clean, wistfully looking out at the RKO Studio water tower dreaming of her future.

But this isn’t exactly true.

Marilyn was not forced to clean toilets or wash one hundred dishes at the orphanage. Her mother wasn’t dead. She told stories about her mother being deceased, but really she didn’t want the world to know her mother was mentally ill. The truth is Marilyn was both great at publicity as well as being immensely private. And yes, most of her childhood was unprivileged and unstable but it wasn’t as horrific as many others. She was not the only celebrity to have a difficult upbringing but some fans act as if she was.

Other white lies Marilyn told include:

Do I blame Marilyn for these very natural and human qualities that she possessed? Not at all. We all make mistakes and as Osgood says, “Nobody’s perfect.”

Marilyn had her troubles and very valid reasons for her negative characteristics. They were shaped and brought on by her personal experiences and outside influences. This is something I have learnt to accept in many people… And I am still learning too. That perhaps there is a reason behind the actions people take, whether we agree with them or not. Empathy and compassion are important traits I feel we need more as a society but definitely not to the point of delusion where we accept people’s bad behaviour. There is a fine line. And I feel it is important to recognise what we don’t like about the people we love so we can look deeper at what makes them act in a certain way, thus creating sympathy when and where it is deserved.