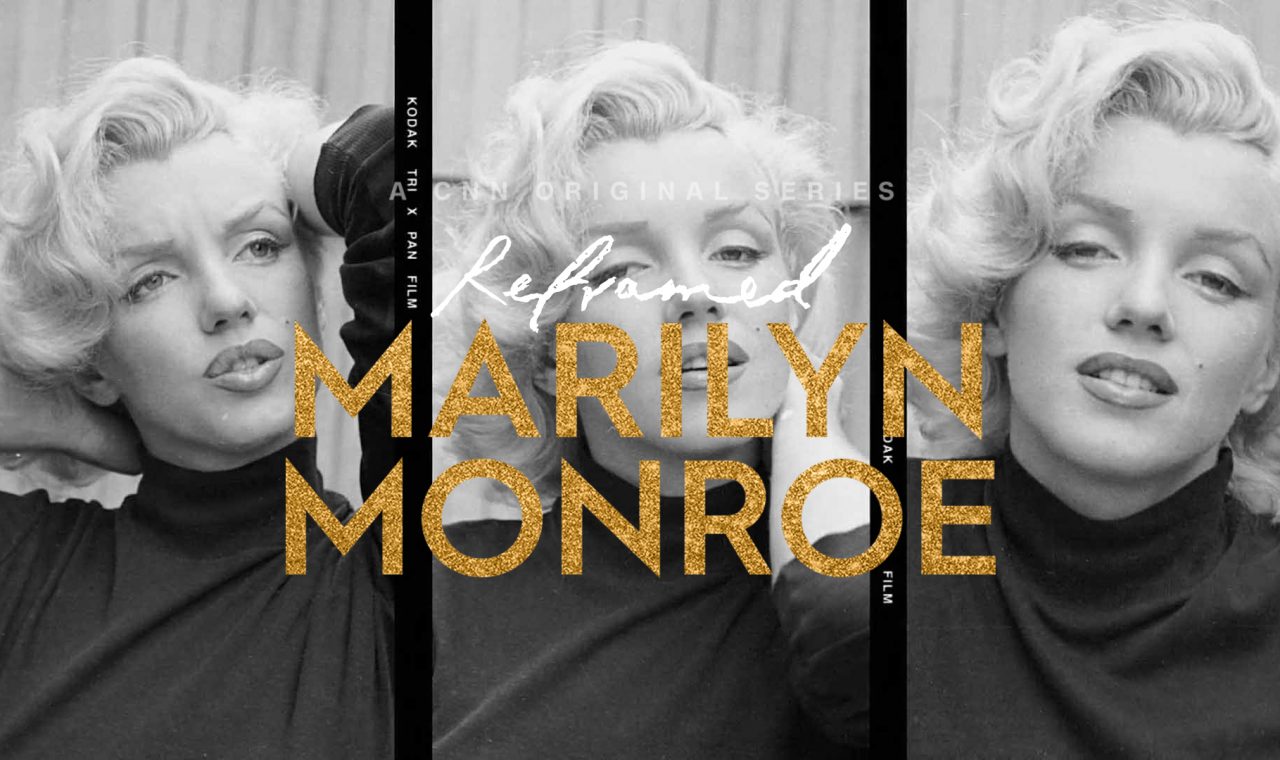 Please read my review on parts I and II here.

The documentary reconvenes by welcoming “the New Marilyn Monroe” and her venture with Marilyn Monroe Productions, a topic I feel is regularly missed within many documentaries about Marilyn’s life. And it was an IMPORTANT one! This was the year Marilyn had started to feel like she came into her own and it’s gratifying to see this mentioned.

However, with all good things come a few mistakes. Namely, Angelica Jade Bastien, like many others, act that Marilyn’s production company was a shocking ideology in the 1950s. However, it wasn’t. Marilyn was in a long line of female-owned production companies (along with Doris Day and Joan Fontain as well as many others), who in turn probably were more successful in their film making ventures. This isn’t to put Marilyn down but to say women didn’t make their own movies is an insult to the women who did just that. Hardly the feminist message which is trying to be drawn. I don’t think there would’ve been anything wrong to put her next to these talents. It was still a brave thing to do, considering she was still under contract with Fox.

By part 3, I quickly became bored bashing of Daryl Zanuck… Are we still talking about this guy? Yeah, he wasn’t a particularly nice person however, he did get Marilyn her contract and she did work for him. Marilyn had done exceedingly well on the back of these roles, and that is what Zanuck was there to do – create movies that brought profit for the studio. Luckily, I found the exploration of Marilyn’s time in New York comforting and revitalising and it was so lovely to see Sam Shaw’s daughters discuss Marilyn. It’s new for me to actually see them in a documentary as I, and many others, are so used to seeing the same old faces saying the same old things.

For example, I constantly cringe when I hear the story of Marilyn’s friendship with Ella Fitzgerald. Ella was a jazz singer whom Marilyn had loved since taking singing lessons with Phil Moore in the early 1950s. However, it is told as if Marilyn only discovered her music when she lived a free life in New York, representing Marilyn’s life in Los Angeles like some sort of prison. I am grateful to Sarah Churchwell for stating that Mocambo DID have black performers and the reason for her not being wanted at the club was more down to her not being glamourous or “beautiful” enough. However, Marilyn DID NOT go to Mocambo for both shows. The performances were reported and there is nothing that says Marilyn Monroe was ever in attendance.

The idea that Marilyn was best friends with Ella Fitzgerald at the peak of the Civil Rights Movement is mere fantasy. She wasn’t showing her face with Ella as a stand against racism. She just treated Ella like a human being and someone she admired. They knew each other but they weren’t close friends. Marilyn was also friends with Sammy Davis Jr. but that wasn’t considered as being a part of her civil rights advocacy, so why should this? Marilyn was not a racist, nor was she trying to be Rosa Parks. Marilyn discussed civil rights but instead, a new ideology is created to fit this portrayal.

When analysing Bus Stop it’s highlighted that this was her first dramatic role… Ummm? Shall we forget two even better films, Don’t Bother to Knock and Niagara? Okay, never mind. It is however fab that they don’t claim Bus Stop to be a Marilyn Monroe Productions film, because it wasn’t, The Prince and the Showgirl was. This leads me onto more male-bashing *yawn*. I’m not the biggest fan of Laurence Olivier or how he acted towards Marilyn but I understand his frustration. BUT he wasn’t the terrible portrait of a man that is painted here, he was just thrown into a new world of directing a film, with an actress who was very hard work. The result was an amazing performance by Marilyn in a very mediocre movie.

Why they didn’t feature Michelle Morgan to discuss more on Marilyn’s time in England and her relationship with Olivier is a mystery to me. They missed a trick here. This is literally her forte. The information we would’ve got would be not only insightful BUT factual.

From out of nowhere Marilyn’s tale jumps from Some Like It Hot, her miscarriage in 1958 to The Misfits.

Wait… Did they skip a whole section of Marilyn’s life? Where is the discussion of Let’s Make Love? What about her affair with Yves Montand?

Yeah, they did. There is no mention of either at all. Is this a documentary of Marilyn’s life or are we just trying to change Marilyn’s history to preserve this image that Marilyn was perfect when, putting it bluntly, she was far from it? She was a human being who made very human choices and errors. There is nothing wrong with that. So why pretend these qualities didn’t exist?

It’s mentioned that Marilyn went to the hospital to seek help due to self-awareness, which I personally would disagree with. Marilyn sought psychoanalysis on the basis of other people’s recommendations (namely to help her with studying at the Actor’s Studio with Lee Strasberg). As with a lot of people in her life, she became reliant on both the Strasbergs and her doctors. Her treatment at Payne Whitney was not sought after in the name of self-awareness. She did it because she trusted her doctor. And her doctor was wrong (my opinion).

As recorded in the documentary she is locked in a cell on a psychiatric ward which, some fans disagree, I don’t think would ever have helped her. Many believe Marilyn would’ve lived should she have stayed there. I believe this did and would have made her anxiety and mental health worse.

Although Joe DiMaggio did not physically release Marilyn, it was because Marilyn was able to get hold of Joe, she was later let go from the facility. It has previously been argued the Strasbergs had been the first people Marilyn had tried to reach for help. A letter to Lee and Paula shows she had already been trying to get the hospital call Dr Kris and Joe. After contacting Joe, that is when Marilyn was released. I know people aren’t a fan of this narrative that he “saved” her but in Marilyn’s eyes, he did but convincing Dr Kris to get Marilyn out of the hospital. But none of this is discussed. Most likely because people are bored of the White Knight story of Joe saving Marilyn. When it’s only partly true. But this documentary has no time for Marilyn to be saved. Instead “Marilyn was a fighter”. Which she was. However, she also needed support, something this programme is refusing to admit.

Apparently, nothing else happened in Marilyn’s life during 1961 other than her divorce followed by a mental breakdown in February. There is no discussion in her rekindling her friendship with Joe, her trip to Florida, her decision to move back to the West Coast etc.

And here we jump right ahead to 1962. The year of dread. This was the year Marilyn died and so is usually told with a lot of tales of either misery of drug addiction and alcohol or with unending hope that she was happier than ever and going to be a millionaire.

So… We start off with Marilyn buying her home in Brentwood which she supposedly bought alone. Wrong. She was loaned some money by Joe DiMaggio as a deposit which was repaid from Marilyn’s estate when she died.

I’m happy that Michelle Morgan discusses Marilyn’s physical health during the filming of Something’s Got To Give, as I think it’s often overlooked that Marilyn was unable to work because she was sick and not because of her being difficult or her “drug” troubles when making the film. An error that continually crops up in both books and documentaries is that Fox was only making SGTG and Cleopatra. There were several projects which were being completed at the time, so this Liz VS Marilyn narrative is a dull one, especially concerning salaries which is still highly debatable. Although, it. is believed Marilyn was rehired for $1,000,000 the contract has never been released nor any statement made by Fox. I do believe Donald Spoto’s theory however that Marilyn was rehired at $250k for the. start and completion of SGTG and one other picture. This however has never been officially proven.

The discussions about Marilyn’s performance at the JFK Birthday Gala (also a Democratic Party Fundraiser) was planned, rehearsed and had more than just Marilyn Monroe perform there. Many are under the illusion that Marilyn turned up out of the blue and sang. Diahann Carroll states there were concerns of Marilyn even turning up on time hence Peter Lawford announcing “the late Marilyn Monroe.” This was all rehearsed. Marilyn was there, and on time and the lateness gag was connected to Marilyn’s reputation for always being late.

I really, really adored Amy Greene (first time for everything right) for commenting on Marilyn’s death as an accident which is what all facts and evidence point to. For once we aren’t left with the wild tales of a red diary, the CIA, the Mafia, the angry Doctor, the secret ambulances, RFK flying in on a helicopter to come and poison her… No. We are left with the very realistic yet sad truth.

Overall, the documentary as a whole is okay. Despite a refreshing attitude to the usual Marilyn Monroe narrative we are told which involves steamy affairs and murder, I do feel this documentary focuses far too much on female empowerment without delving into Marilyn’s life and overall personality.

Reframed’s main focus seems to be that “Marilyn was a victim of men” but with a few powerhouse moves up her sleeve like sleeping with the President… Why is it so hard just show Marilyn for what she was?

Moreover, it bothers me somewhat they didn’t discuss Marilyn’s friendships and relationships in detail. It was as if Marilyn was this independent woman who relied on no one. WRONG. Marilyn relied on a hellova lot of people and had strong connections with many in her life. Yes, she was strong but she also suffered and endured. I think it’s unhealthy to promote Marilyn on the opposite scale. Instead of the poor victim, we are getting a woman who went at it alone, and look what happened? This is not the true story of Marilyn Monroe.

More time should’ve been given to discuss her relationships, her feelings and to humanise Marilyn. Instead, she is once again made into a symbol, but this time, of feminist ideology. I am a feminist myself but this? This was overkill. I felt like nothing can really be taken away regarding Marilyn’s life or her personality. This didn’t perpetuate the idea that I had hoped… That Marilyn was a human being.