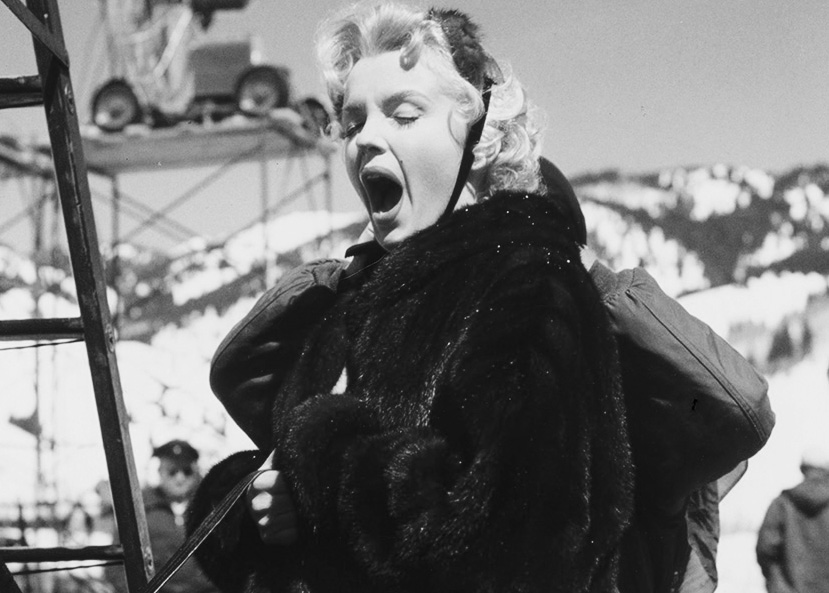 With an abundance of marketing including beautifully replicated photographs and an intriguing trailer, Blonde is the Netflix movie back on everyone’s lips.

The fictional novel which inspired its fictional movie counterpart has been a huge success and of course, that would mean the film should and will have the same applause.

Stunning costumes, glorious make-up, perfect lighting and high-end production are all well and good. But will this will blind people from the fact the story is primarily false? Well, I ranted back in February about why I won’t watch Blonde. In fact, this has been my most popular post as of July 2022. And my feelings still stand.

If you follow me on my social media accounts you will know that I am not a fan of this film’s release. Most notably due to the supposed rape scene they will include for audiences to enjoy. Because according to Andrew Dominik, “It’s an NC-17 movie about Marilyn Monroe. It’s kind of what you want, right? I want to go and see the NC-17 version of the Marilyn Monroe story.”

Except it’s not her story. Her personal story was a private one.

Of course this then creates more publicity which is all this film wants, positive or negative. Welcome to Hollywood, baby!

My main thought is “what would Marilyn think?” Well, when given a script for a Jean Harlow biopic Marilyn reportedly said, “I hope they don’t do that to me when I’m gone.” Alas, they have. More than once.

“But what about films like Once Upon a Time in Hollywood or Inglourious Basterds!”

Two films which I LOVE. But they are not the same type of movie… They’re not meant to be biographical in any way. The main characters are fictional with some real-life names here and there.

Not to mention that we know (spoiler) Sharon and her friends didn’t escape a brutal murder. Film experts, Sharon Tate historians and family members were being consulted throughout this production. If OUATIH did show that, I wouldn’t watch a Tarantino film again. Additionally, we also all know Hitler wasn’t really assassinated in a movie theatre. Will people know Marilyn wasn’t raped? No. Because it’s a rumour that has plagued her legacy for decades. And now the world gets to see it.

The real-life victims in these film examples were honoured with the “bad guys” getting their comeuppance. Whereas in Blonde Marilyn is just a character, not a human being.

I thoroughly enjoyed Elvis. But as with any biopic there are errors with timelines, peoples memories and some artistic licensing. This is why I don’t watch them very often.

The subjects of many of these (actual) biopics (Rocketman, Bohemian Rhapsody etc.) still have relatives, friends and colleagues that have a say in how the film is made and the story with it. Many films are also based on autobiographies of people’s lives too.

No, not everything in Elvis or ANY biopic is factual, but is the entire premise of that particular movie based on a work of fiction? No. I get why fans dislike it. Because as a fan myself I’d like dates and events to be perfect. These are things I’d overlook in a Marilyn film if the subject matter was REMOTELY factual. Fictional plot points? Not so much.

Marilyn has no family to stand up for her (other than an elderly niece and one niece she never met). Marilyn is dead. And her life is not being respected or shown truthfully. Believe me, she was not perfect. But I don’t want perfection, I want honesty.

People will see this film and believe they know about her and her life. From fiction.

“The younger generation will know who she is now!”

Woah, woah, woah. Hold up. I almost choked on my coffee…

Let’s be honest, if Joyce Carol Oates didn’t write this based on a real person, and this film wasn’t about Marilyn, would anyone care as much?

The REASON the likes of Kim K wearing Marilyn’s dress and this film are getting such press is BECAUSE of Marilyn. This picture will NOT show who Marilyn was. The Blonde is BASED on Marilyn. It isn’t ACTUALLY Marilyn.

Someone even had the audacity to say Blonde will teach people about Marilyn’s life and what she did… I don’t know how many times I have to say it but IT IS FICTION.

“Will there ever be a decent biopic on Marilyn?”

Who knows, maybe. Us fans will never be satisfied. But anything has to be better than a fictional rape scene right?

I would have loved the same budget to go into making a movie about Marilyn’s life; with the filmmakers researching, talking to respected biographers, watching interviews, reading her notes, watching, reading and her interviews to see her as an actual human being, not as a character.

There are still people today asking me questions about the “facts” from the novel as they find it hard to disconnect the real life from the imaginary. And with the replica of Marilyn and, what visually appears to be her life on the screen, that will be even harder for audiences to grasp.

My final say on the matter…

I’m not going to be discussing the film further here or on social media (other than a review from an outside source and sharing this post). I am not going to argue with people who clearly feel differently.

But my final thoughts and reasoning for not being 100% on Blonde? Well, let me clarify that seeing the trailers and imagery I don’t think the film looks bad by any means. If there was no rape scene (likely to be with a character representing Darryl Zanuck) I’d probably watch the film. The book also depicts threesomes and imaginary situations. Other than that it looks pretty good. There’s a lot of detailed visuals. Ana looks beautiful. But the basis of the story and OTT acting is slightly cringeworthy. Marilyn seems to be conveyed as a bit of a psychopath but I’m sure I’ll be told upon it’s release. In addition, if book implies Marilyn’s life ended at the hands of the men within the conspiracy theories, what is the film going to show? It’s never ending feeding of lies.

I just don’t want to see someone I care about being taken advantage of as she had been in life. Perhaps I’m being overdramatic but this is just my personal opinion.

However, I don’t judge people who do see it. I personally cannot force myself to watch something I know will bother me, making me feel icky. If you want to watch it, do. I respect your decision. Please respect those who don’t feel comfortable seeing Marilyn depicted in that way. Not watching it doesn’t mean I cannot comment, I know enough to put me off. “Always consider the source,” as a wise lady once said.

« 5 Things I DISLIKE About Marilyn

More Than Just Our Marilyn Monroe »