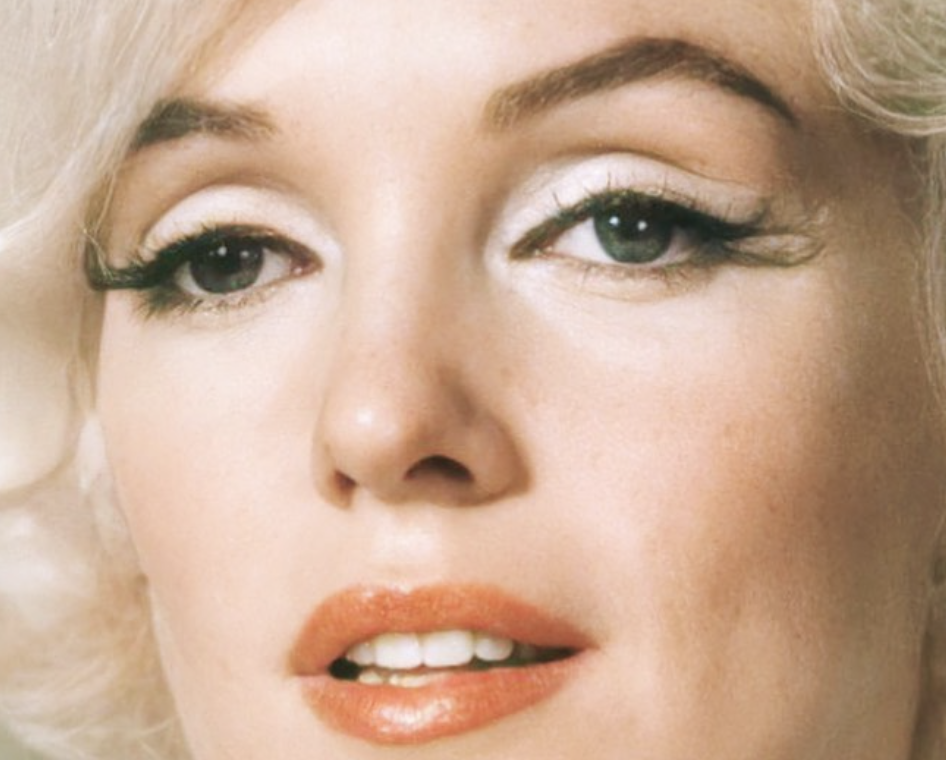 Sometimes I looked at what they reported me as saying and I said “No! No! No!”

Marilyn has always been a favourite when it comes to conspiracy and myths, especially since the invention of the internet. Because what we read online and watch on TV must be true right? Not necessarily. There are of course instances where sources get crossed, more evidence comes to light or there are simply unintentional errors made. However, there are those who like to take some information and turn it into a fact, despite the fact that actually it isn’t. Here are 10 Marilyn Monroe “facts” that are actually myths.

People who make these claims generally refer to the difference between Marilyn’s 1949 nude calendar shoot with Tom Kelly and her look in some of her most famous roles like Some Like It Hot.

A breast augmentation for Marilyn is highly unlikely. Not only was the technology for performing the procedure in it’s early stages but when you look at Marilyn throughout her career, there is no point where she has small breasts which suddenly become larger. Instead, the enlargement of her breasts at different times during her career was likely due to slight weight gain and reduce when she loses weight again in 1962.

It is said that medical files relating to a broken nose (which wasn’t broken in the end) show that Marilyn had no issues with her breasts or had any surgery on them whatsoever. The speculation comes from rumours alone.

In 2017 several images of Marilyn during costume tests of The Misfits (1961), were sold at Julien’s Auctions. The images show Marilyn wearing the wig for her character Roslyn, and a slim fitting skirt and blouse.

It is claimed by Tony Michaels, who bought the image slides, that Frieda Hull (the owner of these images) told him that Marilyn was a good friend of hers. Marilyn supposedly confided in Frieda that she was pregnant. Not only was she pregnant but it was Yves Montand’s baby.

Of course, the images do show Marilyn with a tummy but so do images before she began filming with Montand.

Frieda Hull, who was a teenager and member of the Marilyn Six fan club at the time, was the only person to apparently know this story. Marilyn’s life was well documented enough for people to know that this is a false claim.

3. Didn’t sleep with both of the Kennedy brothers

Marilyn met Bobby on these occasions:

All other dates can be dispelled and proven to be incorrect. Should there be a date which you may believe Marilyn and Robert were together, please let me know and I will investigate this for you.

Donald Spoto states, “No serious biographer can maintain the existence of an affair between Marilyn and the Kennedys. All we can say for sure is that the actress and the President have met 4 times, between October 1961 and August 1962, and it was during one of those meetings, that they called to a friendly relation of Marilyn from a bedroom. Shortly after, Marilyn confided this sexual relation to her close relatives, insisting about the fact that their affair ended there”.

Whereas Keith Badman believes that Marilyn met Kennedy on more than 4 occasions. The first is when Marilyn attended party held at Joe Kennedy’s home on 23rd and 24th September 1961where Jaqueline Kennedy as well as Frank Sinatra, Pat Newcomb and other guests were also present.

In addition, he adds that Marilyn met the President on Sunday 19th November 1961 where a 3 hour dinner party took place with the Lawfords and close friends and family of theirs.

What was Marilyn’s height and weight?

It is believed that at her heaviest she would’ve weighed approximately 140lbs/10 stone.

In the fashion industry, plus size is identified as sizes 18 and over, or sizes 1X-6X and extended size as 7X and up.

These measurements in the UK’s fashion industry would have her between a size 2 and 8. When she was pregnant like in the picture below, she still wasn’t “plus size.”

5. Didn’t sleep her way to fame

You can read more about that here!

There is no proof that Marilyn even had her IQ tested, so no one can say!

The apparent sex tape was sold at auction and the buyer apparently hasn’t had it viewed in order to protect Marilyn. Some images have been released of a sex tape but physically you can just tell it’s not Marilyn.

8. Was not a dumb blonde

This is a myth that obviously people associate with Marilyn purely because her characters are often the stereotype of a dumb blonde. But as someone who was well read, enjoyed learning, had a love of poetry and art and enjoyed the company of intellectuals, Marilyn cannot be dumb. Surely?!

She stated in My Story:

“A man who kissed me once had said it was very possible I was a lesbian because I apparently had no response to males – meaning him. I didn’t contradict him because I didn’t know what I was. There were times even when I didn’t feel human and times when all I could think of was dying. There was also the sinister fact that a well-made woman had always thrilled me to look at.

According to two morticians, at the time of Marilyn’s death, she had false teeth (as well. However, Marilyn’s file for the Blue Book Modeling Agency in 1946 states that her teeth are ‘perfect’. Her dentist, Dr. LeRoy Nisson claimed in 2015 that she had “the most beautiful set of teeth” and “the best teeth I’ve ever seen.” The mortician, Allan Abbot is known for creating falsehoods in regards to Marilyn as well as other exceptions. There is no evidence to support his claim.

It’s high time we focus on facts, sources and documents that support claims instead of believing articles and information that is released to tabloids decades after Marilyn’s passing.

« The True Story of Ella Fitzgerald and Marilyn Monroe