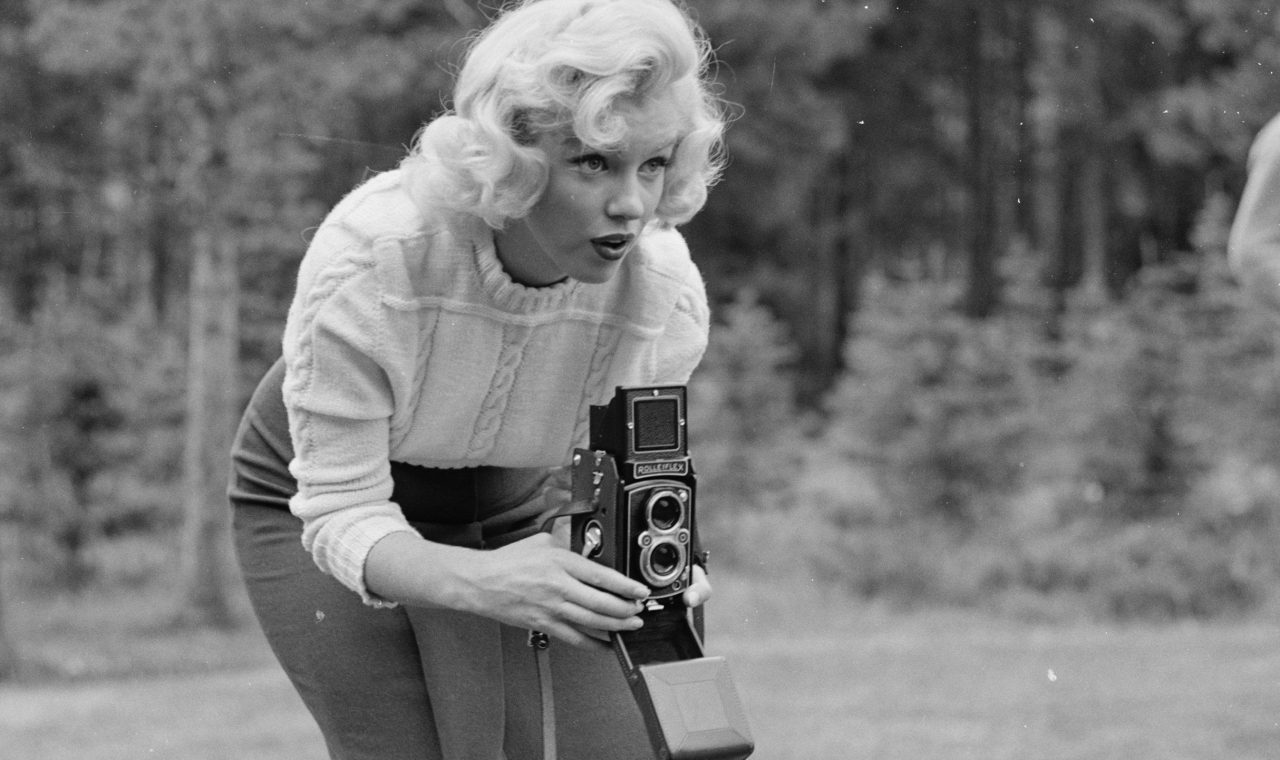 After a lot of positive feedback after my last “myth-busting” post, I thought I would do another… But I would like to firstly say I take no credit for this information. Of course, some information is just based on my memory of things I’ve read before or discussions I’ve had with friends… but more often than not I had some help thanks to a few wonderful researchers, various books and more. I have listed some of my favourite online resources on my SOURCES page so please check them out because without them I wouldn’t know much of what I do today.

Right, let’s continue with some of these famous tales that are actually false, shall we?

1. WAS NOT SEWN INTO HER “HAPPY BIRTHDAY MR PRESIDENT” GOWN

The Jean Louis beaded gown was indeed a clinging design and obviously incredibly tight fitting. This was the create the illusion of nudity. But no, Marilyn wasn’t not sewn into it. There’s nothing mentioned within the book Marilyn In Fashion (a highly detailed account of Marilyn’s outfits and costumes) that mention that the dress needed to be sewn on, not to mention there was a zipper. She did however find difficulty putting it on (even without any underwear). Don’t you think she looked flawless? You can read more about the dress here.

2. DID NOT HAVE SIX TOES

This bizarre rumour still gets flung around occasionally… Based on this image:

I can see where people are coming from. It does look like a sixth toe! But the sand on her foot, lighting and composition of the photo is what is creating this illusion. However, it doesn’t take much time to have a look at some other photos to see that, no, Marilyn did not have six toes on her left foot (or right for that matter!)

3. DID NOT KEEP A SECRET RED DIARY FULL OF INFORMATION ABOUT THE KENNEDYS AND GOVERNMENT SECRETS

The notebooks and documents Marilyn had in her possession can be seen in Fragments. And no red diary is included.

In addition, none of Marilyn’s friends, family or acquaintances ever saw this book which supposedly contained information about the Kennedy brothers or their government secrets. And seeing as the only source is Slatzer… Well, we can assume it’s a big fat lie. You can see some information about reliable and unreliable sources here.

4. WAS NOT ASSOCIATED WITH THE MAFIA

The only association Marilyn had with the mafia was the fact she knew Frank Sinatra, who had connections with those within the mafia. Some of Frank’s buddies had connections to organised crime. But a lot of people knew Frank Sinatra. This doesn’t necessarily tie them to the organised crime syndicate. There is no valid proof that puts her alongside the likes of Jimmy Hoffa and Sam Giancana (who claimed he helped Marilyn’s career, which again is fiction). The claims that Giancana and Marilyn had a relationship or that she was with them at Cal Neva is undocumented and outlandish.

5. WAS NOT GIVEN A DOG BY FRANK SINATRA (MAYBE)

Ahhh, Maf Honey! The story goes is that Frank gave Marilyn this adorable white poodle named Maf (short for Mafia as a joke). But this isn’t the only story… the dog was apparently given to Marilyn by Pat Newcomb, her press agent, in March/April 1961. Maf had been the puppy a dog owned by Natalie Woods’ mother, Maria Gurdin. You can read more about Marilyn’s pets here.

6. WAS NOT GOING TO RE-MARRY JOE DIMAGGIO

Despite the fact, that Marilyn and Joe were close again in 1961, after her incarceration at Payne Whitney (in which he insisted Dr Kris had her released), the likelihood of marriage was not feasible at that present time.

Marilyn and Joe had spent a lot of time together and clearly were enjoying each other’s company. However, Marilyn had just bought her own house (with Joe loaning her some money) which she was incredibly proud of, and it is doubtful that she intended to share it with her ex-husband (or anyone for that matter). Moreover, speaking to Alan Levy in 1962 she said, “Believe me there is no spark to be rekindled; I just like being with him.” She had also said to Earl Wilson, “I like my freedom; I like to play the field.” In addition, she told Hedda Hopper, “I’m very glad to be free again. This is the happiest I’ve been in a long time.”

7. DID NOT HAVE AN AFFAIR WITH TONY CURTIS AND GET PREGNANT WITH THIS CHILD

Tony Curtis claimed to have had an affair with Marilyn in 1948 in the book The American Prince. He has also stated in interviews they were together when Marilyn was 19, which would have taken place in 1945 when she was a married factory worker and part-time model. Marilyn hadn’t even started acting until 1946!

The confirmed dates of their meeting are in 1951 when they were photographed for a LIFE magazine in a segment called ‘Stars of Tomorrow’ and at a birthday party for a mutual friend, Sammy Davis Jr. in 1954.

He claimed in his book that the affair was rekindled on the set of Some Like It Hot. In Some Like It Hot: Me, Marilyn and the Movie, he states that Marilyn fell pregnant with his baby during filming. When she lost the baby in 1958, she was 3 months pregnant which wouldn’t match up to the filming schedule. So, yeah… not his baby.

If you’re going to make up affair rumours, do your research…

Not only that, but Marilyn also wrote a note regarding Tony Curtis’ comments about kissing her being “like kissing Hitler”. This foes to show that she wasn’t interested in him sexually and never had been.

8. DID NOT HAVE AN ABORTION

Marilyn’s gynaecologist, Dr Leon Khron, stated “And the rumours of her multiple abortions are ridiculous. She never had even one. Later there were two miscarriages and an ectopic pregnancy requiring emergency termination [of a pregnancy] but no abortion.”

9. HAD A PIANO BUT IT WASN’T ALWAYS WHITE…

In My Story, Marilyn talks about her piano saying, “I have it in my home now in Hollywood It’s been painted a lovely white.”

This implies it wasn’t always white. Berniece, Marilyn’s sister, stated in her book My Sister Marilyn that the piano was originally black, however, I cannot find proof that it was physically black.

10. DID NOT HAVE AN AFFAIR WITH LEE STRASBERG

I have never heard this one until someone brought it up to me in July 2021. But Marilyn saw Lee as a father figure, she felt like she was a part of his family. She admired him deeply and loved him, but nothing happened between them romantically or sexually. Paula Strasberg was present with her A LOT in the final years of Marilyn’s life, working with her on her acting and on set. Marilyn spent time with his family including his daughters. There is absolutely no way Marilyn or Lee would’ve crossed that line.

As mentioned before, it’s high time we focus on facts, sources, and documents that support claims instead of believing articles and information that is released to tabloids decades after Marilyn’s passing.

Sources: Private and Undisclosed by Michelle Morgan, My Story, My Sister Marilyn by Berniece Miracle, The Marilyn Report website

« Petition to Stop the Movie ‘Blonde’ being Released

The Life & Death of Marilyn Monroe »